ISLAMABAD, Jul 7 (APP): Federal Interior Minister Rana Sanaullah on Thursday said that the government was taking all-out steps to provide relief to masses and it was also fully committed to reduce inflation.

Talking to a private news channel, he said that the PML-N was confident that it would win 12-16 seats in the by-elections. Tough competition was expected on 7-8 seats, however, the party would ,manage securing at least half of them.

The minister said the PML-N voters and supporters fully understand the situation, besides knowing about the political disturbance the party had been facing.

Prime Minister Shehbaz Sharif had been working hard to steer the economy out of crisis, the minister said, adding that the PM was loyal to the nation, and he would never disappoint people.

Sanaullah said there was no difference in Miftah Ismail and Ishaq Dar except that the latter was senior and more experienced. Miftah had sacrificed a lot for the party and he was in fact Nelson Mandela of the Memon community, the minister added.

He further informed that the legal procedure was underway for Ishaq Dar’s return this month.

The interior minister further said the institutions and establishment should remain neutral but Imran Khan was inviting them to interfere in politics which was not in state’s favor. “We strongly condemn Imran Khan’s approach, however, we do know that he is approaching institutions not for the welfare of the state in mind, but to gain personal benefits and relief.”

Moreover, he maintained that there was no security threat alert for Imran Khan. “We have deputed 100 KP police personnel in Bani Gala along with GB forces to ensure his security. Imran Khan had refused the security provided by the ICT police and demanded KP police which was given to him even though it was against law.”

If Imran Khan had been receiving threat, he should inform the interior ministry along with solid proofs, said Rana, adding that Imran Khan had given rise to hate speech on social media.

The minister further said that the Absar Alam attack case was being investigated and apparently the target killer had have no reasons for killing him. However, he said, Imran Riaz — who had been giving hype to Imran Khan’s baseless narrations and inviting the institutions into political matters — was arrested as per law investigation against him was underway. 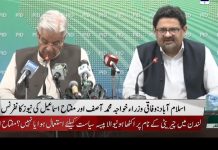 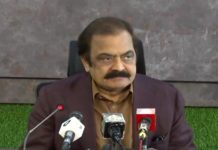 Nobody allowed to sabotage writ of state during Punjab by-polls: Rana Sanullah 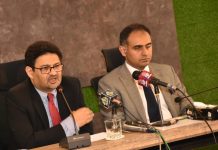 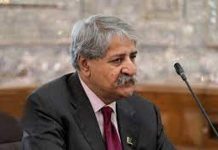 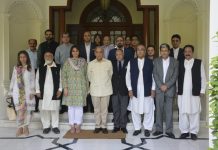