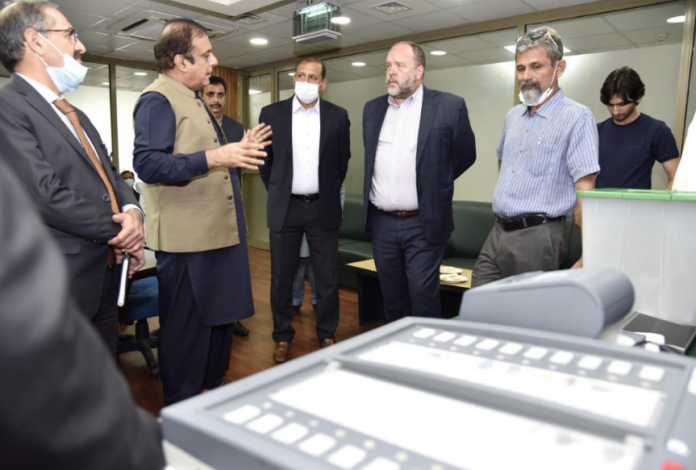 ISLAMABAD, Sep 06 (APP): Senate Standing Committee on Parliamentary Affairs Monday discussed the various features of Electronic Voting Machines (EVMs) in detail and possibility of its use during the next general elections.

The meeting chaired by Senator Taj Haider commenced with briefing from Ministry of Science and technology regarding EVMs.

Detailed multimedia step by step presentation was given by the officials from Ministry of Science and Technology on whole the process and voting system with live demo through electronic voting machines.

Senator Ali Zafar said it was the jurisdiction of Election Commission of Pakistan (ECP) to procure machinery as well as necessary equipment and frame rules on its usage.

The government should not indulge in procurement and manufacturing of such technology and only ECP should conduct experiments in that regard, he added.

Replying to this query, Senator Shibli Faraz said the government was advocating for EVMs in order to bring about transparency in whole election process so that unnecessary controversy could be avoided in future elections.

She said it was beyond comprehension as to why introduction of modern technology in today’s age and time was being opposed at such learned and prestigious forums.
“We need to evaluate what kind of issues does the EVMs really solve and how the modern technology can bring about transparency in the election process. We must give technology a chance”, she added.

Committee Chairman Senator Taj Haider suggested to introduce technology in multiple phases and initially focus should be on biometric identification and verification of voters. Casting of votes through EVMs could also be considered later, he maintained.

Shibli Faraz replied that both the systems should be deployed in tandem in order to ensure transparency and efficacy.

Minister for Parliamentary Affairs Ali Muhammad Khan commented that “knowledge and technology is the way forward and opposition should not be afraid of machines”.
Officials from the ECP briefed committee members regarding two pilot projects completed by the commission.

ECP Director General IT outlined issues faced during those trials and informed the committee members that detailed reports were sent to the parliament to which no reply had been received till date.

The committee members were invited by Senator Shibli Faraz to experience the voting process by physically inspecting the machine.

The senators were facilitated by the ministry officials in a mock exercise through the use of EVMs.

The meeting would resume Tuesday, September 7, again for further deliberations on the matter. 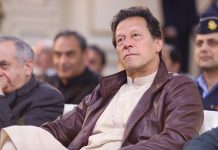 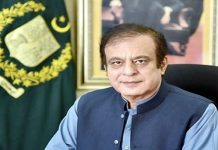 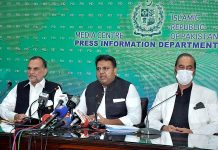