During the meeting, the foreign minister, who arrived in Doha on a day-long visit, observed that the bilateral trade had witnessed unprecedented increase during the last one year. The two foreign ministers agreed to further enhance the volume of bilateral trade, according to PTI’s official twitter handle.
Foreign Minister Qureshi said Pakistan would extend all-out cooperation to Qatar for hosting FIFA World Cup in 2022.
The Qatari foreign minister lauded the positive role and efforts of Pakistan for regional peace, including Afghanistan.
Appreciating the capabilities of Pakistani labour serving in Qatar, Foreign Minister Al-Thani said his country would soon provide more employment opportunities to the Pakistani citizens.
The two sides exchanged views on bilateral ties, enhancement of cooperation and changing regional scenario.
Earlier on his arrival at Hamad International Airport, the foreign minister was received by senior officials of Qatar’s Foreign Affairs Ministry and Pakistan’s Embassy.
Besides his counterpart, the meetings with the Qatari prime minister and other leaders were also on the agenda of foreign minister. 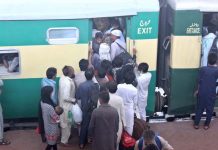 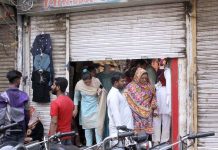 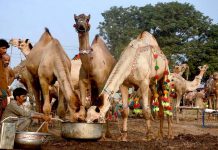