ISLAMABAD, May 22 (APP): A report regarding firefighting efforts to contain wildfire in Sherani area of Balochistan province was submitted to Prime Minister Muhammad Shehbaz Sharif, detailing the ongoing operation in the affected area.

During a meeting in Lahore the other day, the prime minister had issued direction to the relevant authorities to accelerate their fire dousing operation in the area and summoned a report in this regard.

According to the report, the contents of which were shared by the PM Office Media Wing in a press release on Sunday said that a team consisting of federal and provincial departments had been formed while a control room was set up by the department of forests and wildlife to monitor the situation, besides an emergency was imposed by the commissioner Zhob in the area.

Different teams of about 300 persons were taking part in the operation in Shair Gali, Zargon Zawar, Tor Ghar and Takkai areas.

PM’s special representative and Federal Minister for Housing Maulana Abdul Wasey also chaired a meeting in Zhob which was attended by the chief minister, federal and provincial authorities and the commander 12 Corps.

Under the prime minister’s direction, in district Sherani, a task force under the supervision of the secretary forests and wildlife Balochistan had been constituted.

Besides, a notification related to ‘Village and Area Fire Control’ committees had also been issued.

The report further said the PDMA was providing the required firefighting equipment and rescue vehicles to control spread of wildfire. The NDMA was also supplying the necessary equipment whereas Pakistan Army has provided two helicopters, besides an army base camp was set up which was extending support in the ongoing operation. 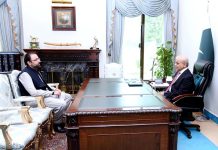 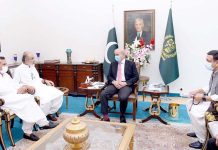 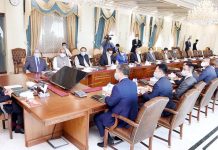 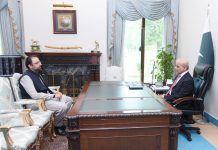 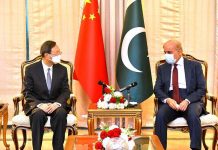