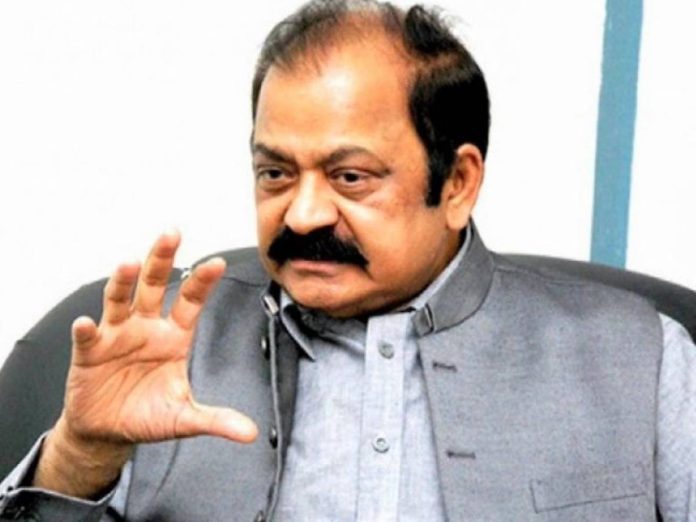 ISLAMABAD, Apr 28 (APP): Minister for Interior Rana Sana Ullah Khan on Thursday said that efforts were being made on war footing to get rid of inflation, power load-shedding besides strengthening the economy.
He said the government had to give respite to the people from inflation, unemployment and load shedding, said a statement issued here.

Prime Minister Shehbaz Sharif would address inflation, unemployment and load-shedding issues. The government was committed to fighting the problems that had plagued the people for the four years, he added.
The minister said those who had terrified people for the last four years were now scared of themselves which would further intensify by pace of work of PM Shehbaz Sharif.

Rana Sana Ullah said with the arrival of democratic government, the people felt relive of their worries and anxieties.
The country was now moving towards stability, development and prosperity while anarchy was confined to a few minds, he added.

He advised Pakistan Tehreek e Insaf (PTI) to pursue case of theft and foreign funding rather fighting with Election Commission of Pakistan (ECP). “Don’t exert undue pressure on ECP and respect the constitution and constitutional institutions,” he further asked PTI leadership.
He also advised them not to take law into their hands otherwise law would take its course.