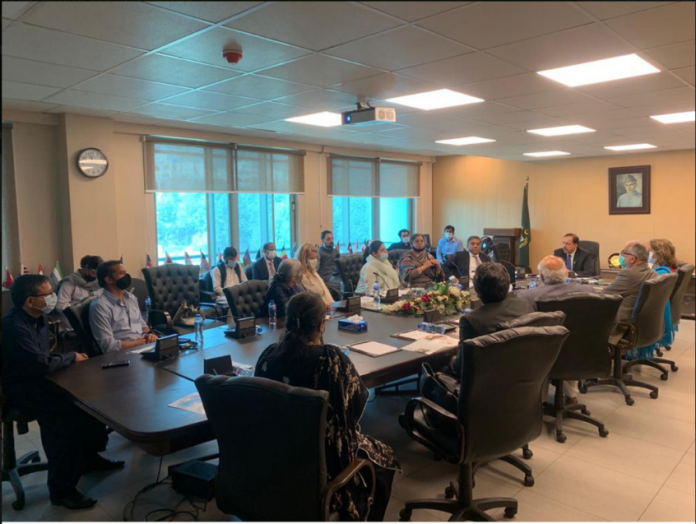 ISLAMABAD, Apr 2 (APP): Secretary Narcotics Control Akbar Durrani Friday proposed allocation of a ward at every major hospital of the country for treatment and rehabilitation of drug addicts.

Chairing a meeting on the mass awareness campaign against the drug abuse here at the Ministry of Narcotics Control, he said establishment of a model Rehabilitation Centre in Islamabad was under discussion, a news release said.

Key stakeholders from all relevant sectors participated in the meeting and gave their valuable input in purging the society of drug abuse.

The secretary briefed the participants that it was very unfortunate to find out that only 216 beds in various hospitals were designated for the treatment of drug abuse victims.

The meeting also decided re-launching of the Zindagi App and to increase its outreach to create drug awareness.

It reiterated that dissemination of information should be the maximum at every platform including digital and social media, besides engaging theatre and drama platforms to create awareness among masses especially youth against the drug abuse.

Accordingly, it was agreed that there would be awareness creating dramas would be staged under the supervision of Pakistan National Council of Arts.

The meeting participants emphasized on the need of projecting family and social values that would help minimizing the generation gap.

“This will have a positive impact on mental health that is one of the major causes of drug addiction.”

The participants said clerics and other religious leaders should also come forward and their due role in creating awareness against the drug abuse.

The meeting also decided that psychological counselling should be made integral part of educational institutions to improve mental health of children and save them from drugs.

Secretary Ministry of Narcotics Control, Akbar Durrani, (TI)/ PAS representing Pakistan in Vienna, Austria, as head of the delegation of the Government of Pakistan...