ISLAMABAD, Sep 10 (APP):Prime Minister Imran Khan was told on Friday that the distribution process of 40 million Sehat Insaf Cards across all 36 districts of Punjab would start in December 31 this year and complete by March next year.

The prime minister, who was chairing a meeting to discuss the distribution of Sehat Insaf Cards in Punjab, was also told that a massive awareness campaign would also be held to ensue better utility of the health insurance facility.

The prime minister directed the authorities concerned to utilize all out resources for effective execution of the project.

Calling Sehat Insaf Card a milestone achievement of the incumbent government, the prime minister said the Universal Health Coverage was a key component of the government’s vision.

The provision of quality healthcare to the poor was not only the government’s responsibility but also the manifestation of government’s priorities, he added.

He viewed that the health insurance would not only extending quality healthcare to the people but also bringing about a boom in private hospitals.

The prime minister instructed the health ministers that besides ensuring uniform health facilities to the poor, they should also set up a mechanism for proper guidance of the beneficiaries particularly the illiterate ones.

He also called for making the beneficiaries’ feedback a permanent feature of the program to address the shortcomings without delay.

The prime minister also instructed for setting up special cells at federal and provincial levels to achieve effective implementation of the project. 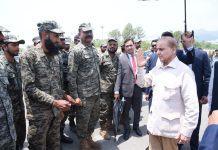 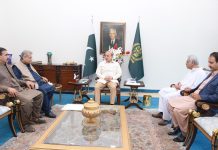