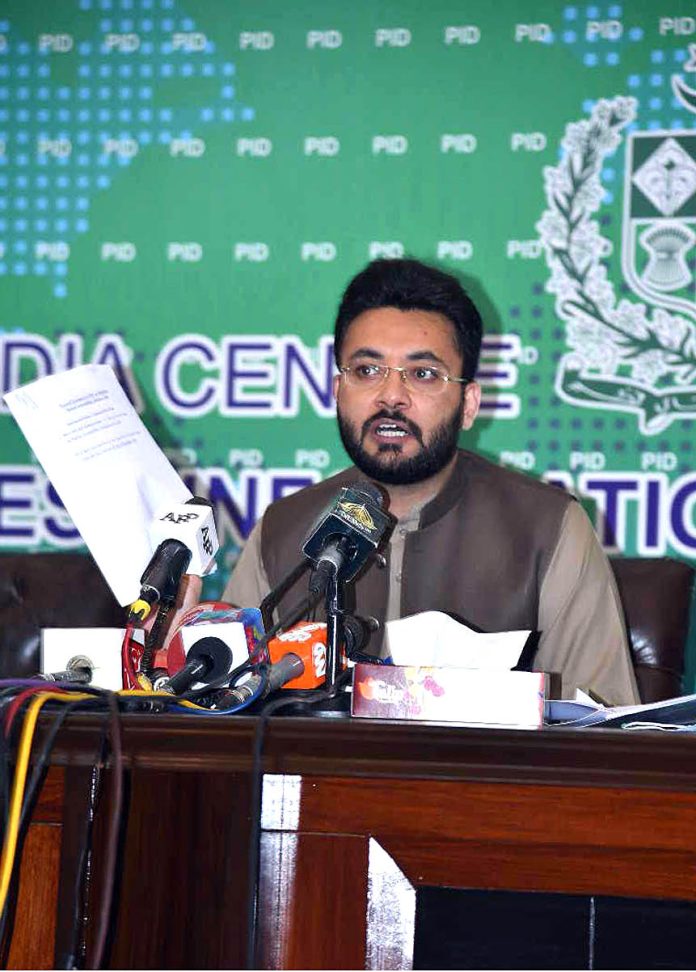 ISLAMABAD, Oct 07 (APP): A day after the government issued an ordinance to rectify legal lacunas in the NAB law, Minister of State for Information and Broadcasting Farrukh Habib Thursday defended the move saying the reforms were a true reflection of the government’s strong commitment to strengthening the state institutions under the Parliamentary democracy.

Addressing a news conference here, he said earlier, the law was silent in case of deadlock on the appointment of the National Accountability Bureau (NAB) chairman.

Now, the President of Pakistan would initiate dialogue with both the leaders of the House for the appointment and the matter would be referred to the Parliamentary committee in the case of deadlock.

“We have followed the constitution in this matter… if there is an issue regarding the appointment of the Election Commissioner and deadlock emerges, the matter is referred to the Parliamentary committee.

The same will happen in the case of NAB chairman’s appointment. So, we have strengthened and given respect to the Parliament as the opposition used to demand,” the minister maintained.

The minister was flanked by Parliamentary Secretary for Law and Justice Maleeka Bokhari.

“Is the addition of Parliamentary committee in the NAB law really frustrated them,” he questioned while recalling the opposition’s previous demand of closing down the anti-graft watchdog.

The amendments in the NAB law are comprehensive,” he said stressing the main aim was to strengthen the NAB and fast-track the ongoing accountability process in line with the Parliamentary norms.

About the presser of the Pakistan Muslim League-Nawaz senior leadership on the ordinance, he said there was a reason why they seemed perturbed in the news conference.

Former Prime Minister Shahid Khaqan Abbasi and others were facing corruption charges and they are the same people who were at the forefront in presenting 34 amendments, worked out by the opposition for reforms in the NAB.

He said implementation of the amendments, proposed by the opposition, was tantamount to make the anti-graft watchdog ‘toothless’ and ‘powerless’.

Those amendments were nothing, but NRO-like concessions for the opposition, he asserted, citing one of the sections which stated that embezzlement of over Rs one billion should not fell under the purview of corruption.

“For me, corruption is corruption either this is amounting to Rs 100,000 or ten million or 100 million or millions and billions,” he said while pointing out the binding obligation of the oath taken by all for not resorting to raising their assets while being into the power.

In those amendments, the opposition also demanded pardon of the whole corruption they committed during the 1990s, he said adding it was regrettable that how were the corruption-tainted people who used to glorify their actions lecturing the government on accountability subject.

Those whose leadership had a habit of seeking NROs in the past should not guide the government on accountability as the elimination of corruption was never been part of past governments’ priorities, he said while chiding those who were criticizing the ordinance on NAB.

Farrukh said the critics of the ordinance should feel ashamed on bringing Protection of Economic Reform Act 1992 and apologized too because it was the biggest robbery done by the Sharif family in the daylight.

About consultation with the opposition on the NAB chairman appointment, he said the entire Sharif family was facing corruption charges and some of them were even convicted. The consultations with PML-N on the matter were tantamount to ask the thief to whom he would like to be his Investigating Officer.

He said the opposition parties’ leadership had no match with Prime Minister Imran Khan who submitted a complete money trail in the court along with multiple documents to prove his honesty.

“PM Imran is committed to rooting out corruption and the government would not backtrack from its accountability process,” he maintained. 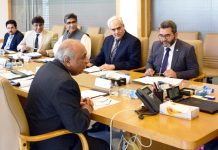 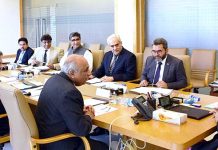