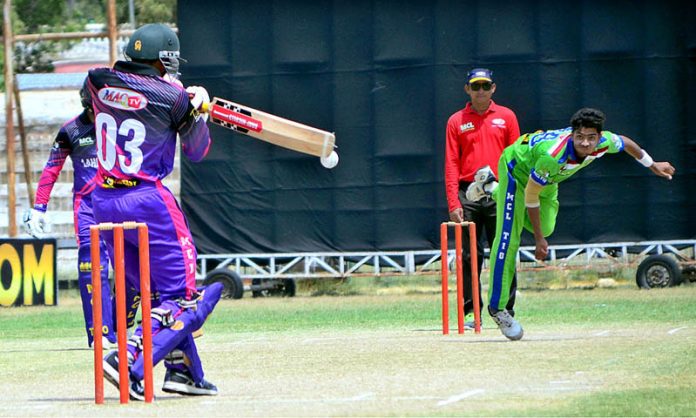 LAHORE, Sep 22 (APP):The captains of the six participating teams of the National T20 have urged fans in Rawalpindi and Lahore, to rally behind the tournament which showcases the best of Pakistan’s T20 talent.

All 18 Pakistan players (including the three travelling reserves) part of the ICC Men’s T20 World
Cup touring party will be seen in action in the tournament that runs from tomorrow, Thursday
to 13 October.

The first leg will run until 3 October at Rawalpindi’s Pindi Cricket Stadium, before the action
moves to Gaddafi Stadium, Pakistan’s home of cricket, where the second leg will be staged
from 6-13 October.

Nearly PKR 9 million prize money will be up for grabs in the National T20. PKR 5 million will be
awarded to the winners while the runner-up will receive PKR 2.5 million.

The best performer of every match will get PKR25,000 as the man-of-the-match award while
the top performer of the tournament’s finale will be rewarded PKR 35,000.

Meanwhile, all six squads are packed with quality T20 performers and form a great blend of
youth and experience.

Balochistan will be led by Pakistan ODI batter Imam-ul-Haq, the southpaw will rely on the
experience of batters like Haris Sohail, Akbar-ur-Rehman and the flair of Pakistan U19 opener
Abdul Wahid Bangalzai. Balochistan also possess a quality bowling attack with the likes of
Junaid Khan, Umaid Asif, Khurram Shehzad, Amad Butt, Akif Javed, Yasir Shah and Kashif
Bhatti at Imam’s disposal.

Balochistan –Imam-ul-Haq said on Wednesday: “This event is just like a mini-Pakistan Super
League with the quality and competition on display. This tournament will be a wonderful preparation opportunity for the players who are in the T20 World Cup squad as all six teams will go all-out for glory.

“The Rawalpindi crowd is passionate about the game and they never let us down with their backing of players and quality cricket. I am sure they are disappointed due to New Zealand’s withdrawal from their tour, but I request them to turn-up as all six teams will try their best to entertain them with quality cricket in the Rawalpindi-leg.”

Babar who will be captaining Pakistan in the ICC Men’s T20 World Cup, also has an experienced
and incredibly potent bowling attack under him in the shape of Ehsan Adil, Hasan Ali, Usman Qadir, Wahab Riaz and Waqas Maqsood. Pakistan U19 captain Qasim Akram and top-order batter
Abdullah Shafique are the two youngsters who would be hoping to make a big impression in the
tournament.

All-rounder Faheem Ashraf will lend balance to the side with his hard-hitting batting and seam bowling.

Home City Central Punjab –Babar Azam said : “The quality of cricket is very high in the National T20 events, backed by the outstanding pitches at the Pindi Cricket Stadium, the Rawalpindi-leg should produce wonderful entertainment.

For us, the event is a great opportunity for T20 World Cup preparations and I hope all players in the UAE-bound squad will give it their all in the event. We have a richly experienced side that is full of international stars, my aim would be to lead Central Punjab to the title and improve on our performances in the last two seasons.

“I want to request to the fans especially in Rawalpindi to turn up and make full use of the 25 per cent attendance, I know there is a real disappointment after the setback last weekend; this event provides us a real opportunity of proving to the world our passion for cricket. Fans should come and support all the six sides, we all are endeavouring to entertain them and the ones who will follow us through the TV and digital media coverage all around the world.”

The defending champions Khyber Pakhtunkhwa are led by Pakistan all-format wicketkeeper-batsman Mohammad Rizwan. Rizwan has a quality batting line-up in his ranks which will be led by him and Fakhar Zaman. Iftikhar Ahmed, Mussadiq Ahmed and Sahibzada Farhan provide further batting depth.

Budding wicketkeeper-batsman Mohammad Haris and all-rounder Mohammad Wasim will be the youngsters to watch out for in the Khyber Pakhtunkhwa line-up. Pakistan’s pace bowling spearhead Shaheen Shah Afridi will lead the KP attack, Arshad Iqbal, Imran Khan Snr, Asif Afridi and Mohammad Imran Khan are the other bowlers Rizwan would be pinning his hopes on.

Khyber Pakhtunkhwa –Mohammad Rizwan said : “The tournament provides us a great opportunity to prove to the world that we are as safe as any cricketing destination, all the players are motivated to go a step extra this time around in the National T20. The Pindi crowd is a passionate crowd which supports cricket and has always come in its numbers to back our national events.

“All six teams are balanced, as defending champions our aim would be to defend our title. We have good quality all-rounders in our squad and that should help us as you do need capable back-up bowling options at times besides your main bowling attack.”

The Shadab Khan-led Northern is another potent squad in the tournament, the winners of the first edition of the revamped National T20 (2019), have a great mix of dynamic batters and bowlers who have the potential of totally dominating their opponents on their day.

Shadab will have the services of big-hitting batters like Haider Ali, Asif Ali, Zeeshan Malik and Sohail Akhtar. All-rounders like the seasoned Imad Wasim and Mohammad Nawaz along with Shadab himself lend great balance to the team.

Northern –Shadab Khan said : “The Pindi Cricket Stadium is my home ground and I started playing here as a kid. The crowd in Rawalpindi has always supported quality cricket and I know while the fans are a bit disappointed
at the cancellation of the New Zealand series they would come to the venue to back our national event.

“We have a quality bowling attack as most of our bowlers are Pakistan regulars in white-ball formats. The tournament will surely help us in the preparations for the T20 World Cup, there would be great competition
too as all six teams have good depth and quality players in their ranks. I am hopeful that we can repeat
the 2019 performances and win the trophy once again.”

Sarfaraz Ahmed-led GFS Sindh have a solid batting line-up that can post big totals. The top-order of Khurram Manzoor, Sharjeel Khan, Ahsan Ali and Shan Masood (transferred from Southern Punjab) will provide the firepower with Danish Aziz likely to get the finisher’s task, a job he repeatedly performed successfully in the
last edition of the tournament.

Sindh also possess a potent bowling attack which will be spearheaded by pacers Shahnawaz Dahani and Mohammad Hasnain with the left-armer Rumman Raees making a comeback after regaining full fitness, Rumman last appeared in the HBL Pakistan Super League 2020 for Islamabad United more than 18 months ago. Spinners Abrar Ahmed and Zahid Mahmood provide further variation and depth to the Sindh squad.

GFS Sindh – Sarfaraz Ahmed said : “Our fans have always been our strength and while we are going through another tough phase at the moment, it is the fans who can lift us up, the fans need to support the team and
the PCB and show the world how resilient we are. I request the fans to turn up at the venue and back the players as they will be given quality entertainment in this quality tournament.

“The tournament will also provide great practice and preparation opportunities to the T20 World Cup bound players. I am happy with the Sindh combination, the team played well last season and made it to the semi-finals, this year around we are aiming to go better and make it to the event final and lift the trophy.”

ATF Southern Punjab are led by Sohaib Maqsood, the hard-hitting top-order batter had an excellent run in the event last year and was one of the reasons of his side’s entry into the final. Sohaib who is part of the Pakistan ICC Men’s T20 World Cup squad has other attacking batting options in his squad, the left-hander Zeeshan
Ashraf and the right-hander Azam Khan (transferred from Sindh) can also keep wickets besides hitting it big.

The left-hander Khushdil Shah will be tasked to provide big runs at a high strike rate in the middle-order.

ATF Southern Punjab –Sohaib Maqsood said: “While there is real disappointment due to the recent developments, it is the fans who will lift us and provide the backing we need. The National T20 is a quality tournament that provides rich entertainment to the fans, I really hope that we will see the fans show their
passion in Rawalpindi and Lahore.

“While all six teams are well-balanced, I am very excited about the Southern Punjab squad as their leader.

We have prepared really well at the pre-season camp and while I was not part of the camp, I have nonetheless heard and observed a real commitment, hunger and focus amongst the players for the upcoming events starting with the National T20. Last year we played the final and this year we plan to go one step better and lift the trophy.” 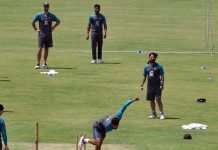 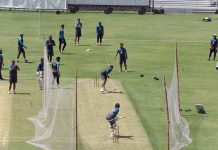 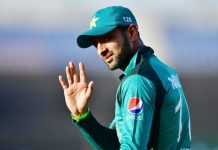 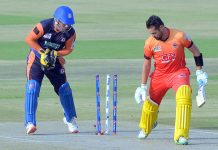 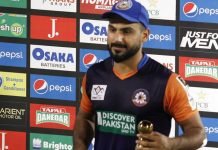