ISLAMABAD, Jun 24 (APP): Chief of the Naval Staff Admiral Muhammad Amjad Khan Niazi on Thursday emphasised that they must keep abreast with the emerging technology and should make endeavor to deal with the complex and dynamic security environment of the world.

While focusing on the threat milieu the Admiral dwelled on the various initiatives and developmental plans of Pakistan Navy in line with his vision of projecting Pakistan Navy as a formidable regional maritime power with global outlook.

The Naval Chief emphasised that Pakistan Navy has always been at the forefront in ensuring safety and security of international waters through collaborative maritime security and independent initiative of Regional Maritime Security Patrols.

He further highlighted on the need to harness the potential of Pakistan’s immense maritime resources to provide the much needed stimulus to national economy, to which Pakistan Navy was effectively supporting the Government.

Naval Chief also emphasized that Pakistan Navy with the active support of sister services is ready to tackle the maritime security challenges faced by the country.

Chief of the Naval Staff paid rich tributes to the role and sacrifices of the Pakistan Armed Forces for the defence and security of the country.

The Admiral appreciated the efforts of National Defence University for providing the academic stimulus and honing the professional abilities of course participants. 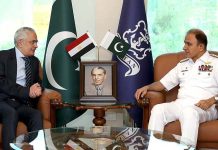 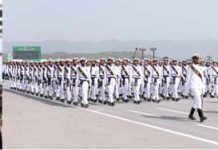 Prime Minister of Pakistan along with Chairman JCSC and Chief of the Naval Staff reviewing Pakistan Navy contingent during Pakistan Day Parade. 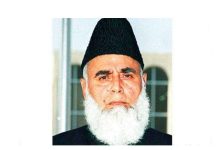 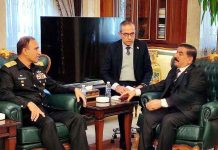 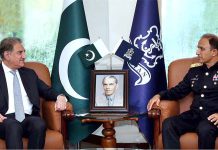 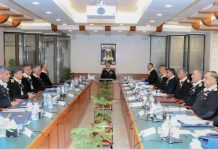 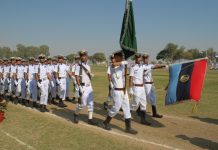 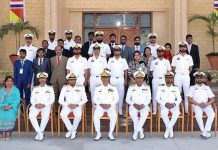 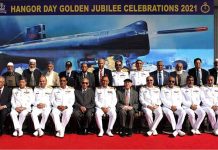 Chief of the Naval Staff Admiral Muhammad Amjad Khan Niazi in a group photo with commanding officer and crew of PNS/M Hangor on the... 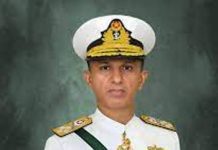 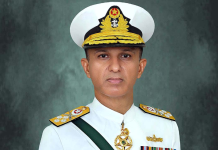 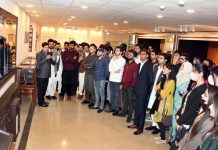