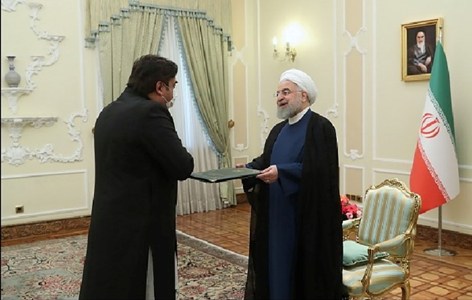 President Rouhani expressed satisfaction at the level of bilateral cooperation in all fields and emphasized on further promoting trade and economic ties.

The Iranian president fondly recalled the visits of Prime Minister Imran Khan to Tehran and hoped that both the sides would effectively pursue the decisions taken by their political leadership.

Ambassador Qureshi conveyed warm greetings from the President and the Prime Minister of Pakistan to the Iranian leadership.

He underlined that Pakistan and Iran had always been forthcoming in extending diplomatic and political support to each other.

He also mentioned that Pakistan highly appreciated Iran’s support for the cause of Kashmir.