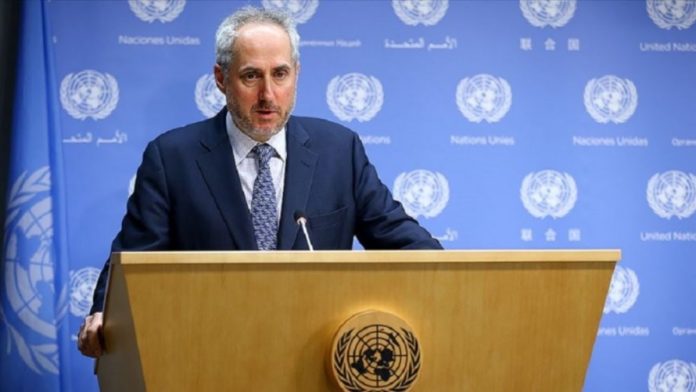 UNITED NATIONS, Aug 31 (APP): The United Nations has stepped up its efforts to provide relief to the affectees of the devastating floods in Pakistan that have killed more than 1,000 people and displaced 33 million, as Secretary-General Antonio Guterres prepares to a pay a “solidarity” visit to the country next week, a UN spokesman said Wednesday.

As part of UN’s emergency response, Spokesman Stephane Dujarric told the regular noon briefing in New York that UNHCR, the UN Refugee agency, is providing tents and other relief items from existing stocks in Quetta and Peshawar.

The items will be handed over to the national disaster management authority to support their relief operations in the worst impacted areas in Balochistan and the Khyber Pakhtunkwa provinces, he said.

Meanwhile, he drew attention to the World Health Organization’s warning about significant public health threats facing impacted populations, including the risk of diseases such as malaria and dengue fever.

According to Pakistani government figures, close to 900 health facilities have been damaged or destroyed in Pakistan, leaving millions of people without access to health care and medical treatment.

WHO said it has also diverted mobile medical camps, including those responding to COVID-19, to affected districts, delivered close to two million aqua tabs to ensure access to clean water, and providing sample collection kits to ensure clinical testing of samples to ensure early detection of infectious diseases.

Pakistan to get crude oil, petrol, diesel from Russia on discounted...