The program was organized to mark the 20th anniversary of the establishment of the SCO and to celebrate 2021 as the SCO Year of Culture.

Pakistan joined other SCO Member States as well as Beijing-based diplomatic missions from the ASEAN (Association of South East Asian Nations) and LAS (League of Arab States) countries in celebrating the event with traditional zeal and fanfare.

Besides an Exhibition of traditional handicrafts from all of the SCO, ASEAN and LAS countries, the event included a concert which showcased folklore music, song and dance performances from the three regions.

Videos about the traditions, customs and achievements of the participating countries were also screened on this occasion.

Afterwards, guests and participants were treated to traditional cuisines of the participating countries. 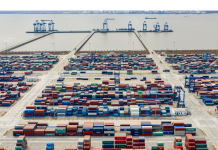