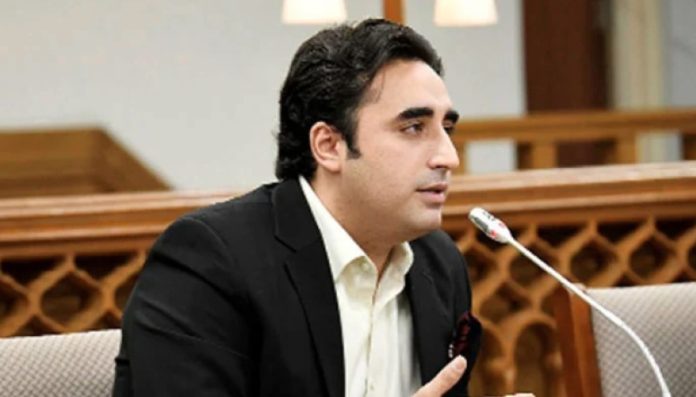 “We can succeed in doing so only through comprehensive international cooperation,” Foreign Minister Bilawal Bhutto Zardari said at the launch meeting of “Group of Friends for the Promotion and Protection of Human Rights and Fundamental Freedoms”.

Established by Pakistan, the Group, which has representation from all regions of the world, seeks the implementation of the landmark General Assembly resolution 76/227 on Countering Disinformation for the Promotion and Protection of Human Rights and Fundamental Freedoms, which was adopted by consensus last year.

In his recorded keynote address address, FM Bilawal thanked all the countries who joined the Group and urged others to also be part of it.

“Utilizing this platform , we should agree on an International Plan of Action to counter disinformation, on-line and off-line, in the public and private domain,” he said.

“Disinformation has often justified and intensified the violations of human rights.”

“We should enhance the capacity of governments and their relevant institutions to detect, analyze and expose disinformation and disinformation campaigns and networks,” he said.

“We should make a concerted effort, through cooperation, to minimize the negative impact of disinformation on human rights and relations between communities and States, by building firewalls against false information, ensuring transparency, adhering to human rights principles, such as respect for personal privacy and reputation, preventing the propagation of racism, discrimination and hate speech.”

Ambassador Munir Akram, Permanent Representative of Pakistan to the UN, who moderated the virtual event, thanked the participants, saying the “Group of Friends” provides a platform for deliberations to member states to discuss means to counter disinformation and raise awareness.

“Countering the scourge of disinformation is a shared responsibility which requires international cooperation and solidarity,” he said.

A distinguished panel of speakers, comprising key representative and experts of UN entities, deliberated on approaches to countering disinformation.

Among them were Melissa Fleming, the UN Under-Secretary-General for Global Communications ; Ms. Nada Al-Nashif, the UN Deputy High Commissioner for Human Rights; Ambassador Cristian Espinosa of Ecuador and Chairperson of the Committee on Information, and Irene Khan, the UN Special Rapporteur for Freedom of Opinion and Expression.

Among the diplomats who spoke were: Zhang Jun, Permanent Representative, China; Gennady Kuzmin from Russia; Silvio Gonzato from European Union; and delegates from Permanent Mission of Morocco,UK and Syria.

In his closing remarks, Ambassador Munir Akram said that today’s deliberations have provided us the basis to forge international cooperation on countering disinformation as it affects all.

“We look forward to strengthening our cooperation and continue dialogue and engagement with all stakeholders to deliberate upon developing a range of global responses to countering disinformation in accordance with international law.
The event was webcast live on UN web tv.