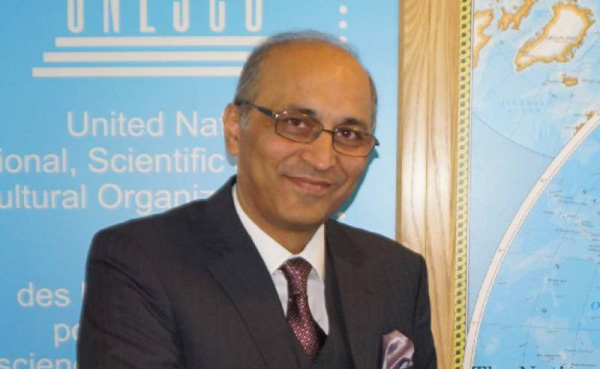 BEIJING, Nov 22 (APP): Pakistan Ambassador to China, Moin ul Haque said on Sunday that more Pakistani films and dramas would be screened in China next year during celebrations of the 70th anniversary of the establishment of diplomatic relations between China and Pakistan.

We are organizing and planning more than hundred events next year. Screening of films and dramas will be very important part of that celebration, he said during the special screening of Pakistani movie Parwaaz Hai Junoon at a local cinema here.

The movie received the round of applause from around 400 people including officials of the Chinese government, institutions, enterprises, thank tanks and media who were invited by the Pakistan Embassy, Beijing.

Welcoming the distinguished guests, Ambassador Haque said that the movie was a tribute to Pakistan Air Force, its valiant pilots and airmen. It is also an entertainment movie with a lot of drama, romance and action.

He said that the values of friendship, love for the country and feelings of patriotism are all parts of this movie. People of Pakistan and China shared these values.

The JF-17, the fourth-generation fighter jointly developed by China and Pakistan, was shown in the film, underscored the profound friendship between the two countries.

Ambassador Haque expressed the confidence that this momentum would carry on and it would become a permanent feature in the area of cooperation between the two countries.
We are also looking forward to joint ventures and joint productions of Pakistani movies between Pakistan and China, he added.

He informed that both countries would be celebrating 70 years of the establishment of diplomatic relations next year, adding, It is very important milestone in the journey of friendship between our two countries.

Ambassador Haque thanked Fire International Media, Hum Films, producer Momina Duraid for making this historic day happen as it was after 40 years that a Pakistani movie was being screened in China.

A Chinese analyst Maxiaoping, while commenting on film said that the screening of a Pakistani movie in China after a long time was a good beginning and stressed a need to carry on this momentum.

He appreciated the story of a group of patriotic cadets, who after experiencing challenges, become the best fighter pilots and said that the film also helped understand rich culture, beautiful landscape and people of Pakistan.

Shaikh Muhammad Shariq, Chief Representative of National Bank of Pakistan in Beijing appreciated the efforts of Ambassador Haque for screening of Pakistani movie in China.
Terming the movie a positive step to promote people to people contact, he said that this movie would help the Chinese brethren and friends to further understand Pakistani Air Force, culture and traditions.

It may be mentioned here that Pakistani blockbuster film Parwaaz Hai Junoon hit the big screen in China on November 13 – becoming the first Pakistani film to enter Chinese cinemas in 40 years, which opened a new chapter in film and television exchanges between China and Pakistan.

The story of the movie is based on the lives of Pakistan Air Force officers. The movie is a roller coaster ride of emotions and patriotism.

It may be mentioned here that Mera Naam hai Mohabbat a romantic Pakistan movie was released in China in the late 1970s.