BEIJING, Feb 5 (APP): Indian Illegally Occupied Jammu and Kashmir (IIOJK) has never been part of India and even the Indian constitution has never recognized IIOJK as part of India. Kashmiris through persist struggle will eventually obtain the right to self-determination of the future destiny of IIOJK.

For decades, the Pakistani people as well as the international community have been extending moral, diplomatic and political support to the Kashmiris for their right to self-determination in accordance with the United Nations Security Council (UNSC) resolutions.

This is the source of strength for the Kashmiris to strive for freedom and liberation from India’s military repression and brutal rule, these views were expressed by Cheng Xizhong, Visiting Professor of Southwest University of Political Science and Law and Senior Fellow of the Charhar Institute in a statement on Saturday.

Prof. Cheng opined that the key now is to effectively safeguard the authority of the UN Security Council resolutions on the Kashmir issue and ensure full implementation of the resolutions regarding the legitimate rights of the Kashmiris in IIOJK to self-determination in accordance with their aspirations.

Secondly, the international community should unanimously condemn India’s comprehensive military occupation of IIOJK, the cruel suppression and mass killing of unarmed innocent Kashmiris and the serious violation of the fundamental rights of Kashmiris, and send the personnel of the Indian government and security forces who are criminally responsible to the International Court and severely punish them for war crimes.

The whole world should now be soberly aware that the Kashmir issue is the fuse in the South Asian subcontinent. As long as this issue is not resolved, the relations between India and Pakistan cannot be normalized, and there will be no lasting peace and stability in the region, he added. 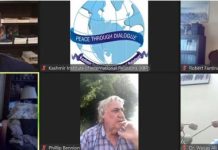 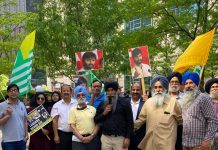