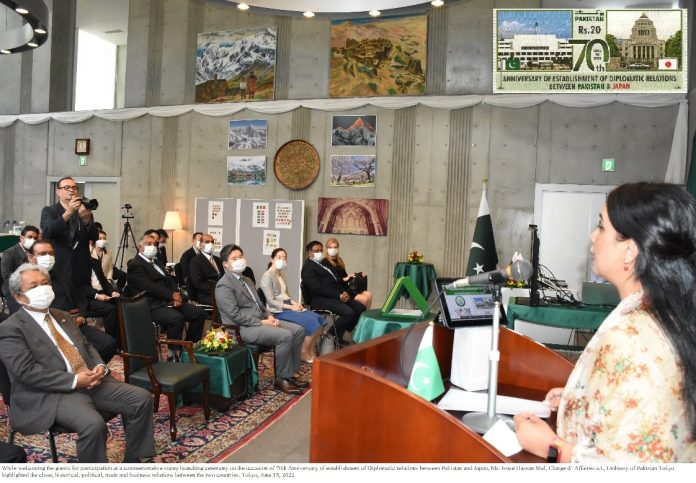 TOKYO, June 15 (APP): A commemorative stamp on the occasion of 70th anniversary of the establishment of diplomatic relations between Pakistan and Japan was launched at a ceremony held here at Embassy’s event hall on Wednesday.

Ms. Ismat Hassan Sial, Charge d’ Affaires, in her remarks welcomed and thanked the guests for participation on the occasion. She highlighted the close, historical, political, trade and business relations between the two countries.

National anthems of Japan and Pakistan were also played on the occasion. Documentaries on Pakistan – Japan relations and tourism potential of Pakistan were displayed at the event.

The event helped showcase multiple strands of linkages between Pakistani and Japanese societies and was well appreciated by the participants.