BEIJING, Jan 27 (APP): The Chinese border defense troops have turned over an Indian who illegally entered Chinese territory to Indian side after providing humanitarian aid, the Chinese military said on Thursday.

The Indian personnel was found by the Chinese border defense troops in a recent patrol in Medog County of Xizang, China, a spokesperson at the Chinese People’s Liberation Army Western Theater Command, Senior Colonel Long Shaohua said in a statement released on Thursday.

According to relevant regulations on border management and control, the Chinese border defense troops carried out a routine inquiry and an epidemic prevention quarantine, and provided humanitarian aid, Long said.
The Indian military sent a request to the Chinese side for assistance in searching for the person through the border defense hotline. The two sides communicated through border defense meeting channels, Long said, noting that the Indian has already been turned over to the Indian side.

“We urge the Indian side to strictly abide by the bilateral protocols and agreements, enhance personnel management and control, and practically safeguard the normal order in the border region,” Long said.
While commenting release and handing over of the Indian to the Indian side, Cheng Xizhong, a visiting Professor at Southwest University of Political Science and Law, and former Defence Attache in South Asian countries said, India creates border tensions from time to time, mainly to ease domestic contradictions.

“Throughout decades of history, whenever domestic contradictions develop to an uncontrollable extent, India will provoke tensions with its neighbors, or even conflict and war,” he concluded in a statement issued here.
Prof. Cheng said, this Indian, who had illegally entered the Chinese territory, was caught when the Chinese border troops were patrolling along the China-India border areas.

He was routinely interrogated, kept in quarantine for pandemic prevention and given humanitarian treatment, Cheng said.
Prof. Cheng remarked that on this issue, the Indian media made a lot of hype. Indian television unilaterally claimed that the Chinese people’s Liberation Army kidnapped a 17-year-old Indian boy in “Arunachal Pradesh” on January 18.

He insisted that, “Arunachal Pradesh” mentioned by Indian media is China’s southern Tibet illegally occupied by India. It is very normal for the Chinese border troops to control the border and crackdown on illegal activities in its own territory according to law. Therefore, there is no such thing as “kidnapping”.

Indian media often “act as demons” and do not play a good role on the issue of the China-India relations. The credibility of Indian media, whether mainstream media or social media, is very low.
Of course, the Indian media spread rumors from time to time, sometimes under the influence of the authorities, or even directly instructed by the authorities, he added. 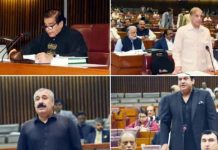 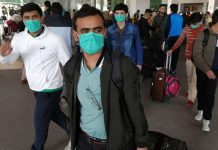 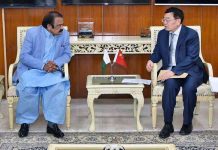