WASHINGTON, Aug 18 (APP): The Council on American-Islamic Relations (CAIR), a Muslim advocacy group, has called on state and federal law enforcement authorities to investigate an alleged bias-motivated assault on those protesting against the persecution of religious minorities and caste discrimination in India at Los Angeles Palma Park in Anaheim, in the US state of California.

In a statement, CAIR’s Executive Director in Los Angeles, Hussam Ayloush, said: “Every American has the right to peaceful protest without the threat of violence and intimidation based on their race, faith or national origin. We call on local, state and federal law enforcement authorities to investigate this reportedly bias-motivated attack and to consider bringing hate crime charges against the alleged perpetrators.”

Earlier, CAIR’s New jersey office joined the Indian American Muslim Council (IAMC) in condemning the use of a bulldozer at the India Independence Day parade in South Plainfield this year.

The bulldozer, which has become a symbol of Muslim home demolitions in India, was decorated with the images of Indian Prime Minister Narendra Modi and UP Chief Minister Yogi Adityanath, both of whom espouse Islamophobic Hindu nationalist ideologies and serve as active leaders of India’s ruling party, the Bharatiya Janata Party (BJP). 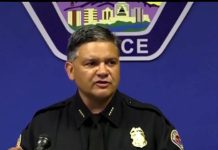 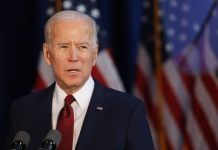 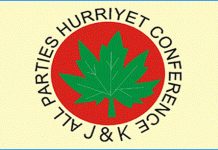 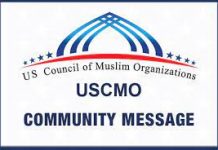 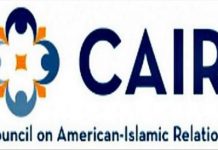