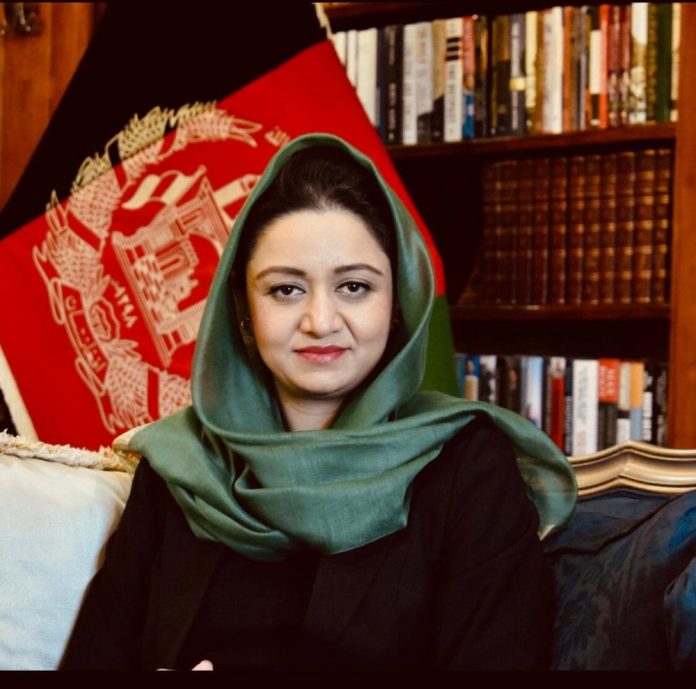 WASHINGTON, Aug 02 (APP): Afghanistan’s Ambassador to the United States, Roya Rahmani, has been “unceremoniously” removed from the post she held since 2018, and was replaced by her counterpart at the United Nations, Adela Raz, according to a report in The Washington Post.

No official explanation was given for the removal of Ms Rahmani, the first female Afghan envoy to the US, nor was she told about her next assignment, the newspaper said.

She said she will not return to Afghanistan, where she fears for her life.

Her replacement “offers insights into the forces buffeting Afghanistan as the United States withdraws its military forces, including widespread corruption, weak institutions and questions about the future of women and girls,” the Post said in a detailed dispatch enumerating the developments leading to her dismissal.

“The 43-year-old Kabul native departs under a cloud, indicted in Kabul alongside two other Afghan officials on embezzlement charges, which she has denied and attempted to refute, that she says have more to do with gender and her country’s highly personalized and insular politics than any wrongdoing,” according to the report.

“The allegation involves repairs to the embassy she headed, and an amount of money that seems a pittance beside the massive financial malfeasance, fraudulent contracts and a gargantuan bank scandal that have been the subject of numerous US investigations of wasted and stolen money in Afghanistan. But as stories about her have exploded across Afghan media and the global diaspora, they have reinforced beliefs about public corruption…

“Rahmani’s departure comes as advances by the Taliban underscore the vulnerability of the Afghan state, and the Biden administration, hoping for a peace deal, urges the government of President Ashraf Ghani to set aside internal feuding and advance talks with militant leaders.”

But despite her uncertain future, Rahmani told The Washington Post that the scandal has energized her to look for other ways to strengthen Afghanistan’s institutions — its judiciary, for one — because their weaknesses have a particular impact on society’s most endangered, including women.

“So they work much harder and are way more vulnerable,” she was quoted as saying. “This needs to change for the country to find durable peace.”

Rahmani had initial education in Pakistan where her family was forced to take refuge from the strife in Afghanistan, before moving to the West for higher education. On completion of her education, she joined the foreign ministry in 2011.