KARACHI, Sep 18 (APP): The embankments of small and big canals including Damrah Wah had been breached and the water caused havoc by inundating the entire village as over the years neither the embankments were strengthened nor repaired.

Shaukat Kandharo, a poor peasant and now living at the camp in East Karachi and a resident of Dawood Kandhro village near Naseerabad (about 43 kilometers away from Larkana) and on the bank of the Dhamrah Wah (Canal), said this while talking to APP.

He said, “If the embankments of the canals were not breached, our village would not have been submerged and affected by the rain-water.”

The recent rainfall was normal and, in the past, we have seen such rainfalls. But the rainwater usually drains out easily but this time it could not, he mentioned, saying that the reason behind was that rainwater could not get its ways as mostly, the waterways had been occupied by influential people there.

He said, “when our houses have been inundated and we lost everything there as majority of things were washed away with flood water leaving nothing with us. We lost the livestock and stock of grains”, he informed.

Usually, the people from remote areas in the sindh province keep the stock of wheat grains to feed their families till next harvest. There were more than 400 houses and almost, all of them have collapsed completely leaving hundreds of people homeless, he uttered.

Despite submerging our village, “we lived there for some days and no one came there except some people from adjacent areas who brought food and others items for us, he articulated, adding later, they asked us to leave this village and shift to another safe place because it submerged completely.”

Now, “we are here at Government School in Sachal Goth, Karachi and Memon community and many other people were giving food and other items to us.”

Replying to a question regarding the support being extended by the district government, he said that the district administration has only given an accommodation at the government school.

Highlighting the issue being faced by the flood victims at school, he elaborated that there were more than 200 people living here, but there is only one washroom and women are facing a lot of issues, urging the district administration to arrange some make-shift washrooms for women living here.

Another flood affected person and peasant GM told, “we lost everything due to recent monsoon rains. We don’t have anything left to feed our family and we are much concerned about our future how to start our life with nothing.”

Moreover, everyone is suffering from one or another disease because of unhygienic condition here, he told. “Our children are not going school here and they are going here and there and we’re much concerned about it”, he told.

Official sources say that Sindh have received at least five times more rainfall than their average during the past monsoon seasons. The total loss to infrastructure and economy is yet to be calculated as some parts of the country are still expected to witness rains.

Several cities and towns in Sindh province have been completely inundated, and standing crops at millions of hectares worth billions of rupees have been washed away.

After devastating Larkana, the flood torrents raged in the Dadu district. After inundating the Khairpur Nathan Shah taluka of the Dadu district and Sujawal Junejo taluka of Kambar-Shahdadkot district, the Mehar taluka of Dadu came under serious threat of flooding. The floods have swept away homes, businesses, infrastructure and roads.

According to details provided by Provincial Disaster Management Authority (PDMA), the calamity has affected 5727 dehs of 102 taluka of 24 districts in the province. The total population 10748295 has been affected. Of total population, 7066787 have been displaced and 575037 persons have already in relief camp.

The World Health Organization said that more than 6.4 million people were in dire need of humanitarian aid in Pakistan. Environmentalist told that Pakistan is responsible for less than one per cent of greenhouse gases emissions, but it is among the top ten countries currently suffering from climate change.

The industrial nations are making trillions of dollars through violations of climatic responsibilities causing unbearable sufferings for the humanity. They must have to play their role in mitigating the same.

The country is going through the worst-ever floods, due to monsoon rains, with over 70 per cent of the country inundated, he added.

Assistant to Sindh Chief Minister for Human Rights, Surendar Valasai Special pointed out that Pakistan is among the world’s top 10 nations most affected by climate change.

If the issue of climate change was not handled properly, it would not only wreak immense havoc in different parts of Pakistan but also other countries in future. 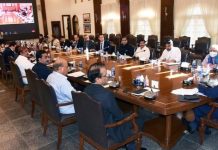 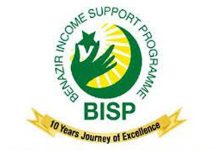 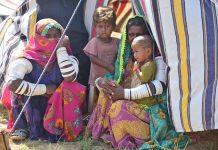 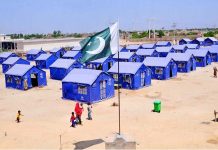 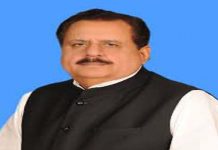