Amid hide and seek between sun and clouds with moderate to erratic rainfalls over snow-clad mountains peaks of Mukshpuri and Miranjani on western Himalayan hills in Abbottabad, Nathiagali has attracted tourists from width and breadth of Pakistan enjoying its breathtaking natural beauty, spectacular landscapes, biodiversity and cool weather where winter season is around the corner.

Ayubia-Nathiagali, Donga Gali-Ayubia and Mukshpuri Top are the most frequented sites where local guides and horse riders are seen moving around to make a quick buck. A substantial number of tourists along with families have been seen on fast moving swings and Ayubia chairlift amid thrill and excitement.

Unscrupulous business elements in hotels and restaurants industries are fully exploiting the situation by fleecing tourists due to shortage of accommodation at Nathiagali and adjoining scenic resorts.

It is pertinent mention here that a private hotel is charging Rs5,000 to Rs8000 per room per night while a quality hotel is earning Rs15,000 to Rs20,000 from each tourist for a single room per night, which is beyond purchasing power of low income domestic tourists that need to be checked by the district administration.

“No hill station carries more natural and mountainous beauty in the world than Nathiagali where tourists are being heavily charged these days,” said Engr Khushal Khan, a resident of Dir Lower district while talking to APP at Nathiagali. He said such high charges by private hotels could negatively impact the total intake of tourists to scenic sites of Nathiagali, Ayubia, Dongali, Harnoi, Bagnotar and Thandiani.

But now one can hope for ameliorating the situation of accommodation problem following the government decision to construct a state of the art five star hotel at Nathiagali with an estimated cost of USD 25 million.

Prime Minister Imran Khan has recently performed the groundbreaking of the five star hotel at Nathiagali that after completion would provide state of the art accommodation facilities to foreign and domestic tourists at an affordable rate.

Galiyat Development Authority, Government of KP would provide land for construction of the five star-hotel to the investor on lease on a prime location at Nathiagali being visited by millions of tourists every year.

He said over 1.5 million tourists and adventure sports lovers had visited Swat, one million Galiyat, 1,20,000 Kumrat Dir Upper, 7,20,000 Kaghan, Naran and 50,000 Chitral through about 7,20,000 vehicles during Eid holidays. “These tourism activities in large scale generated wealth in KP where over Rs 66 billion businesses were made and Rs27 billion earned by local people only from tourism during three holidays of Eid ul Azha.

To address the problem of accommodation and control overcharging by hotels in far flung scenic areas , he said the KP Government had planned a unique “Stay Home” project to bolster tourism and adventure sports in the province.

Latifur Rehman said tourists would pay rent and meal charges during their stay in said room to its owner.
He said camping pods constructed by KP Government at Bamborat Kalash Valley in Chitral, Shaheed Sir, Allai Battagram, Mahban and Malka in Buner district had attracted a substantial number of tourists especially to Malakand and Hazara divisions.

The spokesman said 10 new tourists sites had been identified in KP where new camping pods at Jarogo waterfall, Solatar and Kalam in Swat, Lashkargaz Broghal and Solarspot in Chitral, Kumrat in Dir Upper, Alpuri in Shangla, Samana Top in Hangu, Larum Top and Bin Shahi in Dir Lower would be setup.

Three new ski resorts in Kaghan, Chitral and Swat would be established to attract foreign tourists and adventure sports lovers.

Four new hill stations including two in Kaghan, one each in Chitral and Abbottabad would be developed to reduce visitors load on existing tourist destinations including Kalam, Nathiagali and Kaghan and promote skiing sports.

Under the KITE project, he said a container based facilitation centre was being constructed at Chitral, Abbottabad, Mansehra and Dir Upper to provide emergency assistance to tourists, mountaineers, hikers and adventure sports lovers.

Kaghan Development Authority (KDA) had been reactivated by the KP Government by approving building rules for Naran. Colonial-era walking tracks including Nathiagali-Thandiani, Thandiyani-Satto- Mahnoor and Kaghan-Saiful Malook-Anso in Mansehra are being improved.

The spokesman said a ban on illegal trout fishing in River Kunhar Mansehra had been imposed and community river rangers were provided motorbikes for patrolling alongside the river from Balakot to Babusar Top in order to check illegal fishing, trees cutting and mining in the area.
Tout jumping out of water and then vanishing back into green waters of River Kunhar would be added as a new feature of adventure sports in Naran and work on the project would start in 2022.

Naran and Kaghan climate is most suitable for tulip gardening that would soon begin in the area where growers are likely to earn Rs 60,000 from one kanal produce.

He said the Battakundi-Lalazar chairlift project was also under consideration.

The KP Government is spending Rs 4655.134 million on construction of access roads in remote areas of Hazara division, Rs320 million on development of camping pods, Rs 500 million would be spent on construction of jeepable tracks in tourists’ areas and a seven kilometers long pony track between Saiful Malook and Ansoo lakes to facilitate tourists in these scenic tourist designations.

The spokesman said the world’s longest and highest 14 kilometers long Cable car Project (CCP) with a proposed cost of Rs32 billion had been planned to connect Kumrat Valley of Dir Upper with Madaklasht valley of Lower Chitral to promote adventure sports.

He said the Cable Car project on completion would attract around one million tourists every year to Khyber Pakhtunkhwa.

Chakdara-Rabat Expressway amounting to about Rs10.5 billion and DI Khan-Peshawar Motorway have been approved by the Executive Committee of the National Economic Council (ECNEC) that would open up the entire KP for trade, industrialization and tourism. 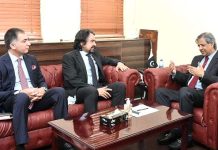 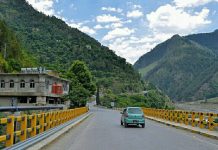 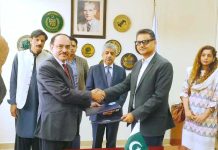 CDWP clears four projects for ECNEC worth Rs 352.9b 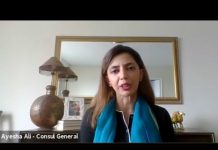 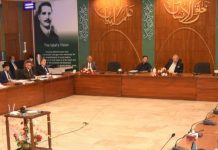 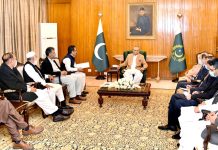 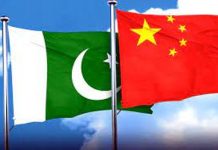 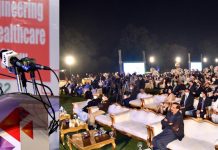 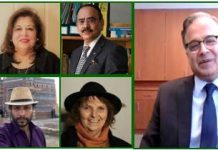