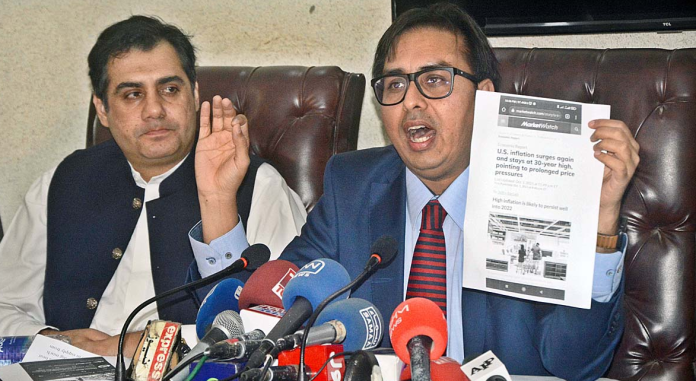 Addressing a press conference here, he said that the entire world was facing inflation problem, and especially the middle class was bearing the brunt of it across the globe.

He said that three sugar mills had started their operations in Sindh, but later on those were closed under some conspiracy to create sugar crisis in the country. He said that sugar mills in Sindh would start sugar crushing from Nov 10.

Shahbaz Gill, while criticising the Sindh government, said that the sudar crisis had been created just for political point scoring and harming the interest of the country and people of Sindh.

He said that after the passage of 18th Amendment, the management of commodities was a provincial subject, but the matter was being politicised to pressurise the federal government.

He said that people were well aware of the situation and they could not be hoodwinked by exploiters.

The PTI government had revived the Competition Commission of Pakistan and imposed fine of more than Rs 40 billion on sugar mafia purely on merit, he added.
He said that the mafia got stay from the courts and hid themselves behind it and added that in these circumstances, the recoveries could not be made.

The SAPM said that the FBR has also been revived and later on, when tax assessment was made, tax evasions were detected. The FBR imposed tax of Rs 500 billion on the these tax evaders, but they also got stay orders from courts.
He said that the country had foreign reserves of $20 billion, which were $9 billion when the Pakistan Tehreek-e-Insaf (PTI) came to power.

Shahbaz Gill said that the government could absorb all sort of criticism, but it would never compromise on country’s economic interests. He regretted that the previous government had committed economic treason with the country.
To a question, he said that through the Ehsaas ration card initiative, those affected by price-hike would get relief.

To another query, he said the PTI government did not believe in the use of power against protestors, adding that Pakistan Democratic Movement (PDM) had already been rejected by the people. 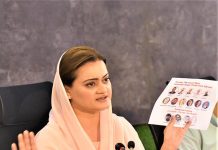