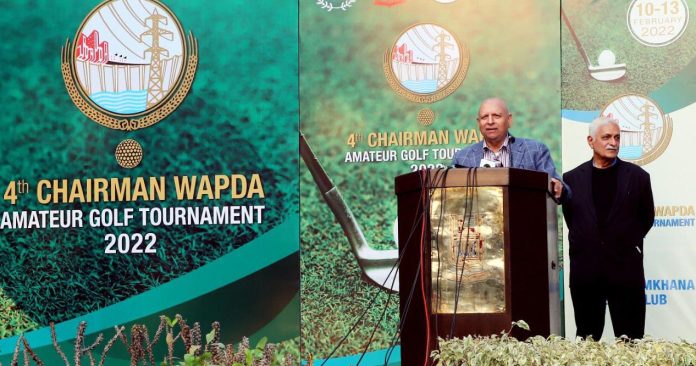 LAHORE, Feb 13 (APP): Governor Punjab Chaudhry Mohammad Sarwar has said that the recent contacts by the opposition with other political parties for no-confidence motion against Prime Minister Imran Khan pose no threat to the PTI-led government in the center.

Addressing closing ceremony of the 4th Chairman WAPDA Amateur Golf Tournament at the Gymkhana Club here on Sunday, he said no-confidence motion will not succeed as the political allies stand by the government.

“Political parties should take decisions in the larger national interests and not for personal gains”, he said.

Governor Punjab Chaudhry Mohammad Sarwar said the present government has no political and personal agenda, only development and prosperity of Pakistan is our mission.

He said the work being done today on building dams in Pakistan is unprecedented, adding that the government is taking practical steps to build and utilize playgrounds.

Sarwar, later replying to media questions, said that people have given mandate to PTI to rule for five years, adding that there is no danger to the government from recent contacts with political parties.

He expressed the resolve that the government, under the leadership of Prime Minister Imran Khan, will keep working on the policy of strengthening democracy and institutions in Pakistan and making all the decisions keeping in view the national interests not personal.

Governor Punjab Chaudhry Muhammad Sarwar said that it was commendable that WAPDA apart from the development of water and power sectors in Pakistan is also active for the promotion of education, health and sports under its corporate social responsibility. He said WAPDA has been playing an important role in the development of sports and the improvement of athletes in Pakistan for over six decades.

Sarwar said that we all know that development of water resources is essential for national development for which WAPDA and the Ministry of Water Resources are working on a multi-pronged basis to improve the water situation in Pakistan, increase the rate of hydropower in the national grid, provide low cost electricity to the people and stabilize the economy.

He said it is hoped that in the next few years, the efforts of these two institutions will prove to be fruitful and will help in meeting the water and hydropower needs of the country.

Governor said WAPDA has completed four major water and hydropower projects in three years which would not only provide about 3000 MW of affordable hydropower to the national grid but also help in irrigation of thousands of acres of land with the completion of Kachhi Canal.

Sarwar said WAPDA is constructing 10 mega projects including Diamer Basha Dam, Mohmand and Dasu Dams in the fields of water and hydropower, adding “We will all work together to make Pakistan strong, prosperous and peaceful.” 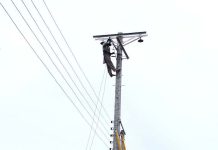 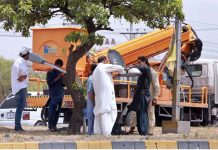