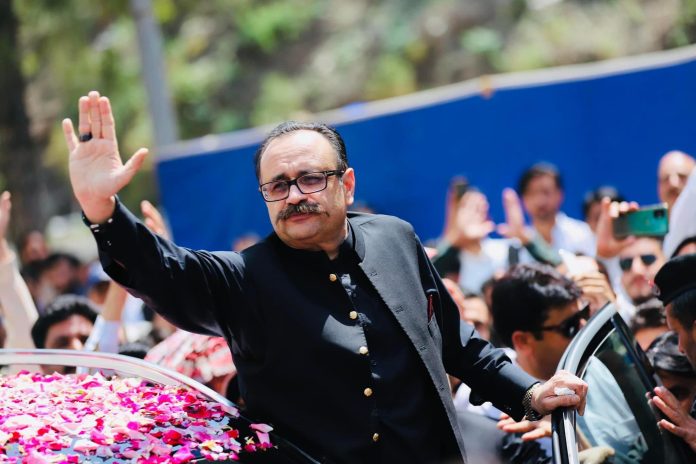 MUZAFFARABAD, Apr 18 (APP): Newly elected Prime Minister of Azad Jammu and Kashmir (AJK) Sardar Tanveer Ilyas while reiterating his party’s vision to turn Azad Kashmir into a self-reliant state has said that welfare of people and development was among his top most priorities.

In his maiden speech to the Assembly, Ilyas said that government funds would be utilized for the welfare of people. Referring to his government’s action plan he said that besides initiating mega development projects in the region the government would focus on improving road infrastructure, promoting tourism and small industries.

He said that since there was a huge potential in the tourism sector the government would take all possible measures to promote tourism in the region. “Promotion of tourism would generate economic activities besides creating job opportunities for the youth,” he said adding that Ministers and secretaries will be given a target of 3 months to show their performance.

He said that Chairman PTI Imran Khan’s vision would be put into practice and the workers will be given their rightful place. Regarding the road-infrastructure, the PM said “the government will take up the matter with the federal government for extending the Murree Expressway to Kohala and will install roadside safety barriers that will reduce accidents.”

He said that Sui Gas would be supplied to Muzaffarabad and Rawalakot. “Feasibility report regarding the laying of a railway track from Rawalpindi up to Muzaffarabad will be prepared soon,” he said adding that the government would start its own airline through a public-private partnership.

He said the efforts would be made to create special business opportunities for women. He said that the PTI government would bring real change and transform Kashmir into a self-reliant state where the standard of living of the common man would be raised. “We will provide quality accommodation to the refugees residing in different camps of Azad Kashmir,” he said.

The PM expressed his desire to rename University of Muzaffarabad after the veteran Kashmiri leader Syed Ali Gilani owing to his selfless services for Kashmir cause. Urging India to shun its traditional policy of intransigence and resolve the lingering dispute in line with wishes and aspirations of Kashmiri people, the AJK PM said that India could not deprive the Kashmiris of their basic rights for long.

“Sooner or later India will have to hold a referendum in Kashmir,” he said adding that the BJP government’s dream of a Akhand Baharat will never come true. He instructed his party workers not to be a part of any negative propaganda regarding Pakistan.

“The enemy wants to turn us against our own army,” he said adding that it was our responsibility to foil such conspiracies. Reaffirming Kashmiris unconditional love for Pakistan, he said that Pakistan was the center of our hopes.

He also condemned the blasphemous caricature by the citizens of the Netherlands and called on the United Nations to socially and diplomatically boycott countries that insult other religions.

The PM on the occasion thanked the PTI leadership particularly the Party chairman Imran Khan Secretary General Asad Umar, Ali Amin Gandapur, President Azad Jammu and Kashmir Barrister Sultan Mahmood Chaudhry and all members of the Assembly who Expressed confidence in his leadership. 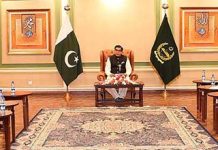 Speaker National Assembly Raja Pervaiz Ashraf in a meeting with Islamabad based Ambassador High Commissioners Countries of African Group of the IPU at Parliament... 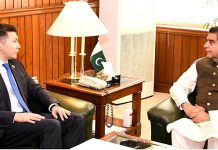 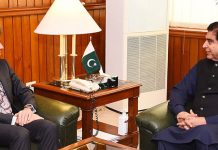 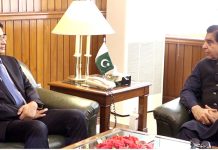 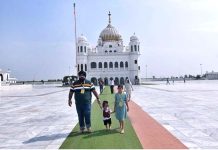 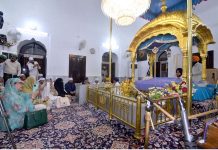 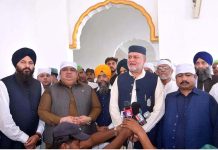 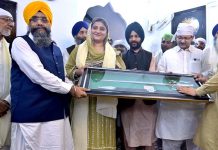 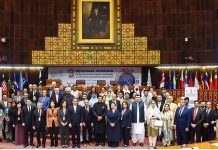 Speaker National Assembly Raja Pervaiz Ashraf in a group photo with participants of 3rd IPU Regional Seminar on SDGs for the Parliaments of Asia-Pacific...