He said that Baba Guru Nanak gave the message of peace, love and tolerance to the world and there was a need to spread his message in letter and spirit.

The minister said that the government was going to establish Baba Guru Nanak University in Nankana Sahib, which would bring the Muslims and Sikhs closer and also enhance the message of love between themselves, adding that Pakistan is the land of respect for the whole Sikh community. “Just like your love and affection for Pakistan, the state of Pakistan also has great love for the Sikh religion,” he added.

Dr Pir Noor-ul-Haq Qadri said that all facilities were being provided to the Sikh pilgrim during their stay in Pakistan and the government was making sincere efforts to maintain an atmosphere of interfaith harmony in the country. He said that providing the basic rights to minorities and protection of their lives and properties was among top priorities of the government.

The government was taking steps to increase facilities for visitors from all over the world including India, he said, adding that the establishment of Kartarpur Corridor was a gift of the Pakistan government for the Sikh community. The government had always protected the rights of religious minorities in accordance with the principles of Quaid-i-Azam, he added.

Federal Minister for Narcotics Control Ijaz Ahmed Shah, in his address, extended a warm welcome to the Sikh pilgrims arriving in Pakistan on the 552nd birth anniversary of Baba Guru Nanak. He said that the opening of the Kartarpur Corridor from the Indian side was a great achievement, adding that serving the Sikh pilgrims was a matter of pride for the people of Pakistan.

Pakistan has taken special measures for the Sikh community in connection with Baba Guru Nanak’s birthday.

He urged the pilgrims to give feedback on their visit to Pakistan and in case of any query, they should contact Deputy Commissioner Nankan as the government had appointed him as its spokesperson.

He said that a lot of efforts were made to establish the corridor and even the course of a river was changed for the purpose.

He said that the government had started work on the Baba Guru Nanak University last year, which would be completed with Rs 7 billion and it would become functional in the next three years.

He said “as far as the country is concerned, actions speak louder [than words]. All religious minorities in the country have complete freedom”, he said adding that minorities’ issues and complaints were being solved on priority basis.

In the end of the ceremony, gifts of Guru Ghar were distributed among guests and a procession of Palki was taken out while slogans of “Long live Pakistan” and Long live Sikh-Muslim friendship were chanted. 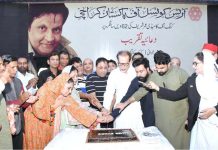 President of Art Council Ahmed Shah along with others cutting cake on the occasion of birth anniversary of Renowned Comedian Late Umer Sharif at... 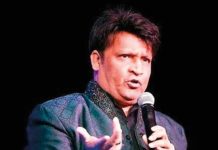 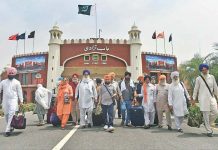 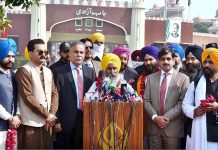 2,500 Sikh yatrees to reach Pakistan on April 12 for Vaisakhi 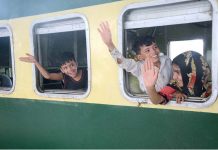 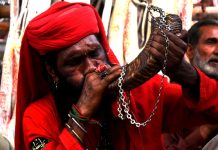 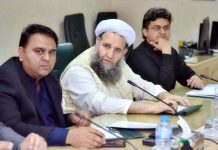 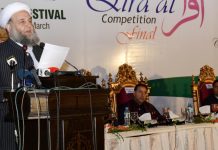 Quran covers each and every aspect of human life: Pir Noor-ul-Haq 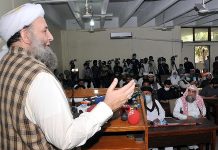 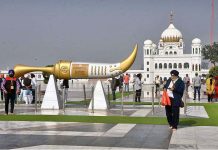 A large number of Sikh yatrees visiting Gurdwara Darbar Sahib on the occasion of 552nd birth anniversary of Guru Nanak Dev in Nankana... 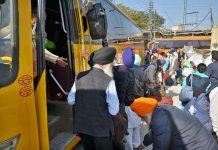