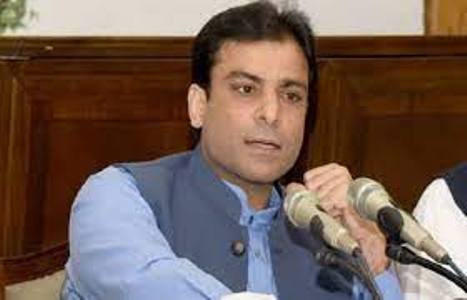 He directed to bring facts to light after making a comprehensive inquiry and strict action be taken against those found responsible, said a handout issued here.

He said that whosoever has issued such a letter deserve stern punishment according to law. The CM remarked that even one’s life can be laid down for the finality of Prophethood (PBUH), adding that those found responsible for issuing this letter cannot escape punishment.

On the direction of CM, Punjab Curriculum and Text Board has immediately withdrawn the letter issued during the tenure of former CM Usman Buzdar.

Hamza Shahbaz revealed that the news with regard to shunning to act upon the teachings and the life of Holy Prophet Hazrat Muhammad (PBUH) in Class 09 of Islamiat was contrary to facts, adding that the Islamiat text book of class 09 will continue to impart teaching to act upon Seerat-e-Nabwi (SAW).

Hamza Shahbaz maintained that the publication of books relating to class 09 of Islamiat and Seerat-e-Nabwi (SAW) will continue.

He clarified that neither any letter has been issued on the part of present government nor the Islamiat of class 09 and Seerat-e-Nabwi (SAW) has been stopped.

It may be clarified that on 26th April 2022 Usman Buzdar was the Chief Minister of Punjab as Hamza Shahbaz took the oath of Chief Minister on 30th April, and to link the letter with the present provincial government was tantamount to distortion of facts.