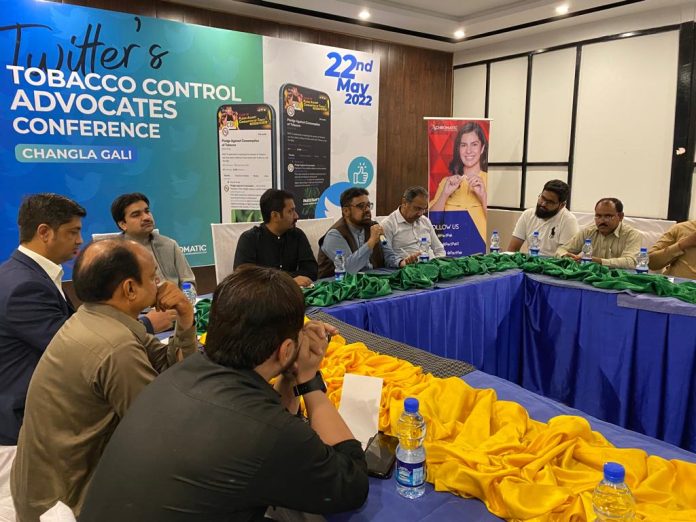 RAWALPINDI, May 23 (APP):Pakistan top social and digital media influencers pledged to create awareness against the use of tobacco in Pakistan. They said this in a conference organized by the Human Rights Organization Chromatic Trust at a local hotel on Monday.

The conference started with a comprehensive presentation which included the latest research and data on Tobacco consumers, its effects on the health sector and taxes. Project Manager Chromatic Trust Tayyab Raza, during his presentation, explained to the attendants how smoking tobacco caused death, disease and disability.

The conference urged social media influencers to play their role in increasing taxes on tobacco products as the availability of cheap cigarettes was the reason behind widespread smoking in Pakistan.

CEO Chromatic Trust Shariq Khan, while speaking on the occasion, said that according to World Health Organization’s survey, 1200 children start smoking every day in Pakistan, which was alarming, and we need to take immediate measures to protect our youth from this menace.

“We want the government to strengthen its law towards tobacco advertising, promotion and sponsorship of tobacco products”, said Shariq.

Malik Imran Ahmed, Country Head CTFK, said that one in ten deaths worldwide is caused by tobacco use, and tobacco is the single greatest preventable cause of death globally. He said that tobacco use continues to grow in developing countries, including Pakistan, due to steady population growth, low prices, lack of awareness about its dangers, and aggressive tobacco industry marketing.

Furthermore, he urged the government to increase tobacco taxation as no increase was made for five years. He further said that there is a need to make cigarettes un affordable and implement a health levy or health tax that could be used in the health sector to benefit the economy and deter youth from initiating smoking.