The cabinet meeting held with Prime Minister Sardar Tanveer Ilayas in the chair, was attended among others by the Ministers, Chief Secretary and other pertinent officials of the Government.

A six-member committee under the chairmanship of Finance Minister Abdul Majid Khan was formed on this occasion to devise the plan for the payment of pension and other due to the retired/deceased employees of the Population Welfare Department.

The committee, comprising of Chaudhry Muhammad Rasheed, Chaudhry Yasir Sultan, Sardar Muhammad Hussain Khan and three government secretaries, has been assigned the task to prepare and submit a report in this regard in a month.While addressing the meeting, Prime Minister Sardar Tanveer Ilyas Khan paid rich tributes to Kashmiri people who have been engaged in a freedom struggle.

Kashmiri people, he said have been scripting a new history of resistance and resilience in the face of India’s barbarism and brutality.He, however, maintained that atrocities unleashed on Kashmiris by India’s fascist regime could not dampen their spirit and passion for freedom.

While reiterating his government’s support and commitment to the Kashmir cause, the PM said, “The people of Azad Kashmir, Pakistan and Gilgit-Baltistan stand shoulder to shoulder with the people of Occupied Jammu and Kashmir in their struggle for right to self-determination”.

The PM said that it was high time that the international community should come forward in a big way to help stop persecution of Muslims in the Occupied Kashmir and play its effective role to resolve disputes in line with wishes and aspirations of Kashmiri people.

Terming right to self-determination as a fundamental right of the people of Kashmir, the PM said that durable peace in South Asia was linked to peaceful settlement of Kashmir dispute.

The Prime Minister said that the PTI government would use all available resources for the construction, development and prosperity of the liberated territory.

Paying tributes to the officers and soldiers who lost their lives in the terrorist attack, the PM said that the Pakistani and Kashmiri people were proud of brave soldiers of the Pakistan Army.

“The entire nation stands by Pakistan’s forces in their fight against terrorism”, the PM said. app/ahr 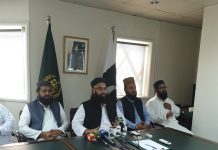 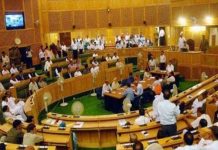 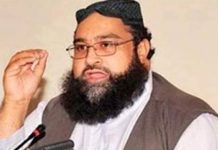