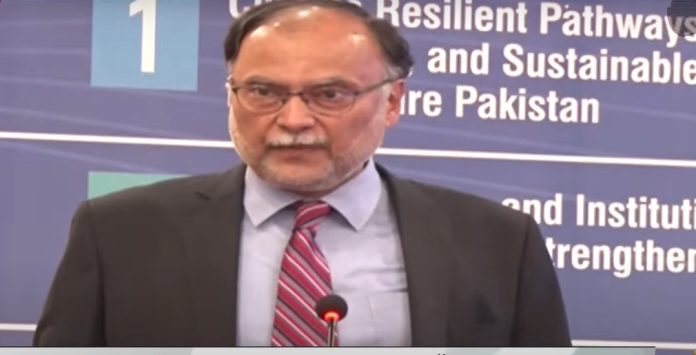 ISLAMABAD, Oct 26 (APP):Minister for Planning, Development and Special Initiatives Ahsan Iqbal Wednesday said that the government should have to raise water tariffs to preserve it for the future generations.

“We treat water as a commodity item and the tariffs are also very low and the institutions responsible to deal with water are almost without budget so they can not be blamed for mismanagement of water issues,” Ahsan Iqbal said while addressing the closing ceremony of the three-day International conference on “The Role of Water-Energy-Food-Ecosystem (WEFE) Nexus for a Climate Resilient Pakistan” here.

The conference was organized by International Water Management Institute (IWMI) in collaboration with ministries of planning and development, water resources.

Iqbal said this also required behavioral changes among the masses which could only be possible by increasing awareness among them.

He said the institutions were almost without budgets and there were no revenues so “unless they are given adequate budgets, they can not perform their job well and again this has become a political battle that how much of water tariffs can politician afford in their society”.

Pakistan, he said had two drivers that were driving the demand for water and creating an increased competition between different uses of water, first was the fast population growth and the second was the increasing urbanization.

These are creating increased demands for water therefore it is important that we use water in responsible manner so that we can cater to the needs of the different sectors including agriculture, clean drinking water, industry or other irrigation purposes, Ahsan Iqbal added.

Keeping in view, the importance of water, he said the PML-N government devised a water policy in 2018 that was not implemented upon by the subsequent government of PTI.

“Under the policy, we did start work on Diamir and Mohmand dams during our last tenure but unfortunately beyond 2018, there was no follow up of the policy”, he said adding that even no action was taken by the PTI government on the flood protection programme finalized in 2018.

He said during the four years from 2018 to 2022, the country had a period where there was no plan and no policy at work.

Now he said the coalition government was trying to do some damage control and have some stabilizing strategy for next couple of years to get stable by 2025.

“We have already directed the Planning Ministry to come out with policy briefs in different sectors for Pakistan’s vision 2035,” he added. 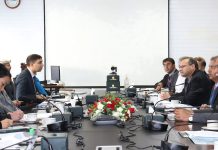 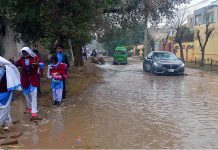 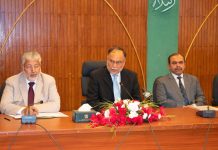 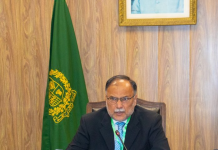 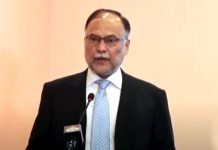 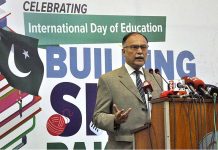 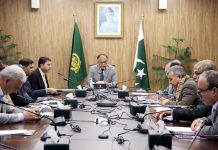