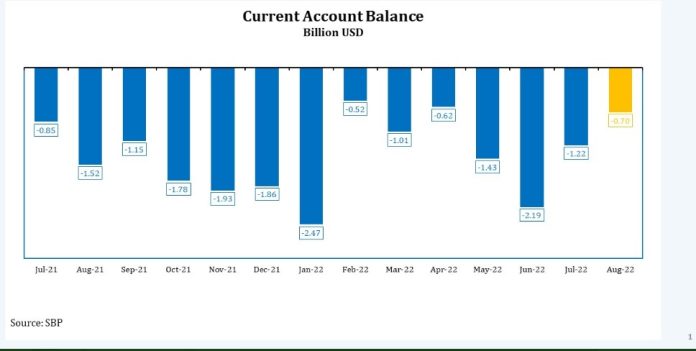 Cumulatively, in Jul-Aug of current fiscal year (FY23), Current Account Deficit (CAD) declined by $0.5 billion to $1.9 billion compared to the same period last year mainly due to increase in exports by $0.5 billion and contraction in imports by $0.2 billion.

Similarly the trade deficit in services, also shrank to $361 million in August as compared to the deficit of $388 million in same month of previous year.

Deficit of primary income declined to $168 million in August 2022 as compared to $377 million in same month of the previous year.

The combined deficit of goods, services, and primary income also declined to $3.3 billion in the corresponding month while during same month of last year, the deficit was recorded at $4.016 billion.