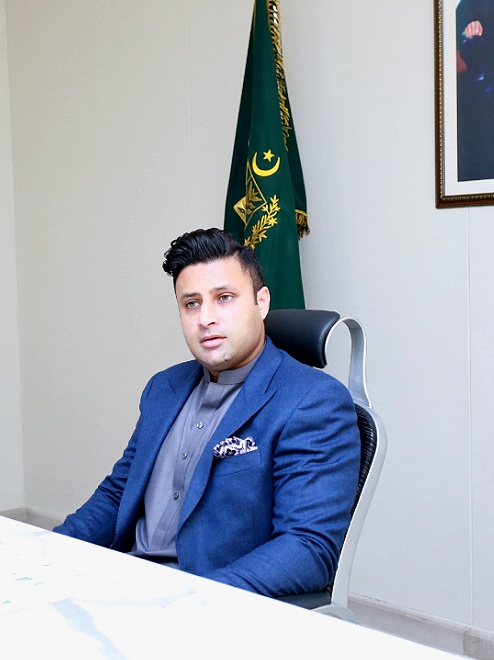 ISLAMABAD, Mar 28 (APP):Special Assistant to the Prime Minister on Overseas Pakistanis and Human Resource Development Sayed Zulfikar Abbas Bukhari Saturday said he would take a legal action against PML-N leader Khwaja Asif for levelling a false accusation that he was involved in allowing pilgrims to go to their homes without completing a 14-day quarantine at Taftan.

“It’s a blatant lie and slander from the opposition leader and for this, I will take Khwaja Asif to the court,” Zulfi Bukhari said while denying his reported role or influence in giving permission to the pilgrims who had recently returned from Iran via Taftan border.

He made the remarks in an interview with Voice of America (Urdu), according to the transcript shared by the Ministry of Overseas Pakistanis and Human Resource Development.

The special assistant said being an opposition representative, the Pakistan Muslim League-Nawaz (PLM-N) leader should not have given such an irresponsible statement before the media. His comments about the pilgrims from Iran had created an impression that ‘Zulfi Bukhari’ was the sole reason for spread of the coronavirus in the country.

Such accusations against anyone could jeopardize the life of that person, and such an accuser in any other country would have landed in jail, he added.

Zulfi Bukhari said he had nothing to do in the matter of Pakistani pilgrims, who were placed in quarantine at Taftan.

He cited the government’s recent decision to bring back those Pakistanis, who were in transit flights and stuck at different airports abroad when Pakistan’s air space was closed.

Referring to the repatriation of some 15,000 Pakistani Umrah pilgrims from Saudi Arabia, he said the same policy was adopted in Iran’s case. The Balochistan government had decided to allow entry of some 5,000 Pakistani pilgrims at Taftan border as they were out-stamped by the Iranian authorities. A responsible state could not leave its people abandoned under the open sky.

The quarantine facility was arranged for the pilgrims at Taftan to contain the coronavirus spread, he added.

The special assistant said there was no comparison between the issue of Pakistani students stranded in China and evacuation of the pilgrims from Iran. The Federal Government had initiated the process for airlifting those Pakistanis who were stranded at various world airports.

“Evacuation of stranded Pakistanis on foreign soil is top priority of the government,” he added.

Zulfi Bukhari, who is also a chairman of the National Tourism Coordination Board, said the government would soon announce a relief package for the tourism sector. The people, who were associated with the industry, would be helped to cope with the challenges arose due to the coronavirus threat.

He said Pakistan’s tourism industry was also affected as the entire world was under lockdown.