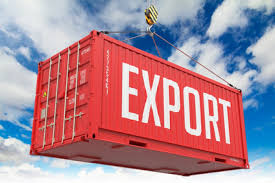 ISLAMABAD, Mar 25 (APP):The exports of various transport services earned $425.639 million for the country during the first seven months of the current fiscal year (2018-19).

However, as compared to the $572.050 million exports of last year, the exports of transport services during the July-January (2018-19) witnessed negative growth of 25.46 percent, according to the latest data of Pakistan Bureau of Statistics (PBS).

Meanwhile, the exports of sea transport services exports surged by 225.85 percent during the period under review as it went up from $7.350 million to $23.950 million.

On month-on-month basis, the transport services exports however increased by 1.48 percent in January 2019 when compared to the exports of $53.330 million in December 2018, the PBS data revealed.

It is pertinent to mention here that the overall services trade deficit shrank by 34.79 percent during the first seven months of the current fiscal year compared to the corresponding period of last year.

The services imports into the country during the period under review decreased by 18.11 percent to $5.169 billion from $6.313 billion last year while its exports witnessed slight negative growth of 0.88 percent and was recorded at $3.078 billion against the exports of $3.105 billion during the same period of last year.