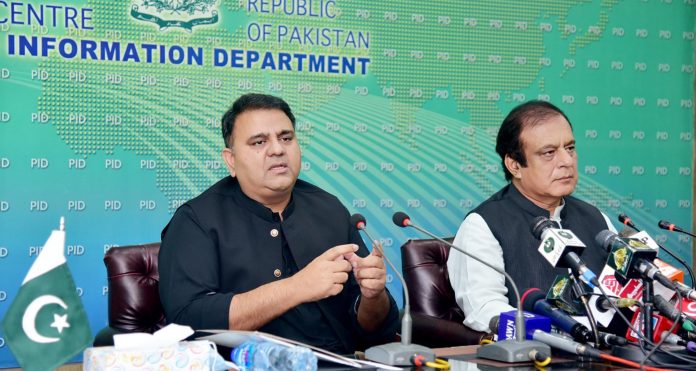 Addressing a joint press conference along with Minister for Science and Technology Shibli Faraz here, he said the Chief Election Commissioner should distance himself from controversial matters as it was requirement of his post, otherwise he should quit and join politics.

He said Election Commission of Pakistan (ECP) and Chief Election Commissioner (CEC) were two different things and the government had strong reservations on the conduct of the CEC. Similarly he said, the opposition should shun narrow minded approach and think in the larger national interest.

He said the government had given 49 proposals for reforms and the opposition was neither accepting them, nor bringing their own proposals. The CEC has seemingly decided against the Electronic Voting Machine (EVM) without even considering the report, he said adding, the CEC scrapped all the supporting arguments in favour of the EVMs from the report to rob it of its substance.

He said data of Philippines elections was removed from the record which showed that after introduction of electronic voting system, controversies in election results were reduced.

Fawad said in 2007 elections in Philippines, which were held under old paper system, results was complied after several days whereas in 2010 and 2019 elections held through EVMs and the results were declared within hours. People’s trust on 2007 elections in the Philippines was 35 per cent, while they expressed 75 percent and 89 percent satisfaction over results of 2010 2019 respectively. With the introduction of EVM, the election day violence was controlled whereas in 2007 many polling officers lost their lives.

He said the debate for reformation of electoral system and introduction of electronic voting machines was not new, adding that ECP had raised few frivolous objections over the use of EVMs in the next general elections.

The minister opined that it appeared that the ECP was using the language of opposition parties. He said opposition had the right to openly express its viewpoint but the office bearers of a national institution like ECP could not behave like opposition.

Fawad Hussain urged the members of the ECP to review the decisions. He said presently the posts of Punjab and KPK members were vacant and fundamental decisions could not be taken.

He said National Database and Regulation Authority (NADRA) has provided many facilities based on technology, and Pakistan was the first country which introduced machine readable passport.

The minister said if the ECP would create hurdles in the use of technology, it would result in a new crisis. Criticizing the opposition’s attitude, he said they rejected the EVMs without bothering to attend any demonstration given by the Ministry of Science and Technology.

Similarly, he said, the opposition parties participated in the media protest against proposed Pakistan Media Development Authority (PMDA) without going throughits details. He said they faced humiliation when the media organizations agreed to form a joint committee on PMDA.

He said the opposition parties were opposing the government for the sake of opposition and they would be ready to join hands with the devil to discredit the incumbent government.

He said the opposition’s attitude was against the spirit of parliamentary form of democracy in which one has to think above personal interest.

Fawad said everyone believed that there was need of reforming the current electoral system. He said if the opposition had objectionsover the government proposals, it should present its own proposals for discussion. He said that present opposition in Pakistan was one of the worst as its leadership lacked experience and they were not seemed interested to contribute for any improvement in the system.

Fawad said since 2016 Imran Khan was on record supporting use of EVMs in general elections. He said the opposition’s obstinacy was resulting in lack of people’s confidence in democracy, adding, in past opposition used to demand reforms in the electoral system and it was for the first time that the sitting government was striving to introduce electoral reforms.

The minister maintained that it was the responsibility of the parliament to decide the process of conducting elections in the country and the ECP should respect the decision. Parliament would decide whether next elections would be held under the traditional voting system or through EVMs.

He said a joint session of the parliament would be summoned, adding, its decision would be final and binding. He said Supreme Court had issued directives to EVP to use technology in senate elections held in March this year but, its order was neglected.

Fawad said no action was taken by ECP on the video footage related to the proof of sale and purchase of votes in Senate elections for the seat of Yousuf Raza Gilani.

Stating that Pakistan was not a banana republic, he said the government had shown restraints regarding the remarks of CEC and even tolerated personal attacks on its leadership.

He said few opposition leaders met with Speaker National Assembly Asad Qaiser, who tried to clarify their misconceptions as the government wanted to take opposition along in decision making process.

Fawad said the government wanted that the speaker’s committee should become functional and opposition should play its positive role to bring about reforms in the election process. However, he made it clear that 2023 elections wouldbe held after electoral reforms and there was no other option available. 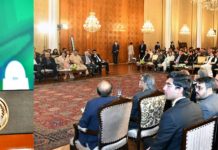 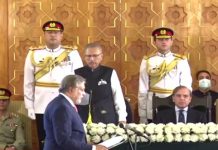 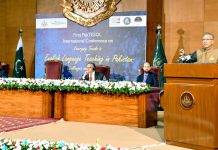 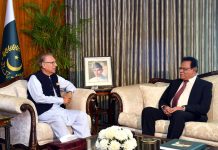 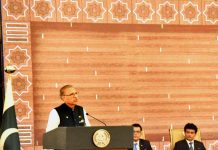 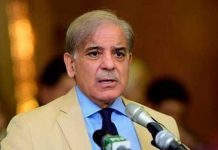