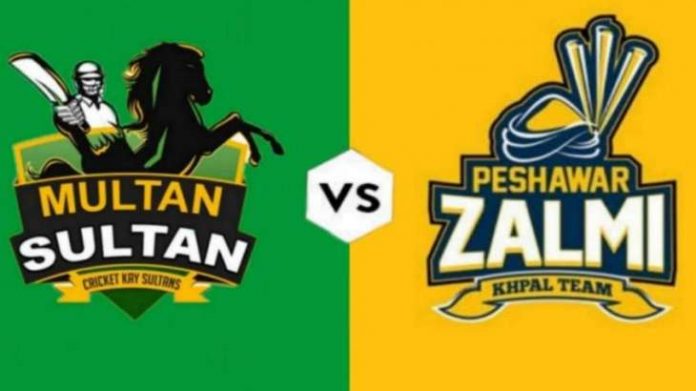 LAHORE, Mar 16 (APP):After a high-octane double round-robin league, which was embellished by scintillating on-field performances, four teams will be vying for the two berths for the final of the HBL Pakistan Super League 2020 when the two semi-finals are played at Gaddafi Stadium, Pakistan’s home of cricket, tomorrow, Tuesday.

This year’s edition has brought forward two new contenders for the coveted title as Multan Sultans and Lahore Qalandars have gone beyond the group stage for the first time in the history of the event.

In the first semi-final, Sultans will face Peshawar Zalmi, the 2017 edition’s winners and two-time runners-up, at 2pm, while the biggest rivalry of the event will be ignited once again when Karachi Kings and Qalandars play in the second semi-final, which will commence at 7pm.

Prior to this edition, only three teams – Zalmi, Quetta Gladiators and Islamabad United – had featured in the HBL PSL finals, which mean that there will be at least one new finalist in the 18 March title showdown.

Multan Sultans were the most successful side in the group-stage with six wins from 10 matches. They were perched at the top of the points table for the most part of the tournament and were the first ones to secure a semi-final spot.

Zalmi, on the other hand, oscillated from wins to defeats over the course of their 10-match journey to date. They enter the semi-finals ranked fourth with four wins and one of their matches getting washed-out.

Sultans came out on top on both occasions when the two teams met in the group matches. They won the first match by six wickets with as many as 31 balls remaining at Multan Cricket Stadium, their home, and secured a three-run win in a closely-fought match at Karachi’s National Stadium.

For Sultans, traveling to Multan played a huge role where they won all three matches and got the desired momentum.

Their captain Shan Masood has been leading the batting unit from the front. The left-handed top-order batsman has piled up 253 runs, which include a half-century, at an average of 32. He is the highest run-getter for his side and sits sixth in the chart for the highest overall run-getters.

That Khushdil Shah, the hard-hitting middle-order batsman, scored a 70 not out at a staggering strike rate of 241 in their last group match on Sunday bodes well for Sultans, who have their batting-order full of experienced T20 players like England’s Moeen Ali, Ravi Bopara and all-rounder Shahid Afridi.

Sultans’ bowling unit boasts some of the top T20 globetrotters in Sohail Tanvir and Imran Tahir, who have made an impact over the course of the tournament. Both bowlers have picked up 10 wickets each. Sohail has given away a mere 15.30 runs apiece, while Tahir’s one wicket has cost 18.60 runs to his side.

Sohail, the left-arm fast-medium, is having an extraordinary run this edition. His economy rate of 6.80 makes him the only bowler who has given less than seven runs amongst the bowlers who have bowled at least 20 overs. During this edition, he also became the first Pakistani bowler to cross the 350-wicket milestone in T20 cricket.

But what will make Zalmi, who are led by Wahab Riaz, wary of Sohail is his role in Sultans’ six-wicket win over them in which the 35-year-old returned four for 13.

Multan Sultans captain Shan Masood said : “We have played really good cricket and there’s been a difference between the first team and the rest of the pile from which we should take a lot of heart.”

“We have done all the hard work over the past month and now is the time to make sure that we produce the performances on the day and get the result for which we have been working.”

“Peshawar Zalmi have always been a domestic heavy outfit and that is why you always see them at the top of the table. I am not surprised that they are in the semi-finals. They have got a lot of match winners and we have to respect every single one of them tomorrow and make sure we execute our plans.”

“This is our first involvement in the knockout stages so we should be looking forward to that rather than putting any burden on ourselves. We have actually done the first step right, which is qualifying for the semi-finals, and now it up the players to go out there and express themselves tomorrow.”

Zalmi, on the other hand, boast Pakistan’s leading T20 players.

Kamran Akmal, the highest run-getter in the history of HBL PSL, continues to live-up to the expectations of the fans and is the top-scorer for Zalmi in the ongoing tournament. The wicketkeeper-batsman has piled up 251 runs at a strike rate of 162 and struck his third HBL PSL century in Zalmi’s second match of the tournament.

Veteran T20 all-rounder Shoaib Malik, who also holds the record for being the only Pakistan batsman to score more than 2,000 T20I runs, has been in form. He has smashed three half-centuries and his 239 runs have come at an average of over 34.

The rise of Haider Ali, their emerging pick, has caught everyone’s attention as the 19-year-old has proved his selection right with his artful strokeplay and hard-hitting abilities.

Haider has made 239 runs at a strike rate of 158. His most impressive innings came against Qalandars, albeit in a losing cause, when he scored his maiden T20 half-century (69 off 43) and added 116 runs for the fourth wicket with Malik, when Zalmi were struggling at 24 for three.

Wahab will be supported by Hasan Ali, who is the second highest wicket-taker in the history of the tournament with 59 wickets, and Rahat Ali. Both pacers have eight wickets in nine matches with their economy rates hovering between eight and nine runs.

Peshawar Zalmi captain Wahab Riaz said: “It is a big occasion for me to be leading Peshawar Zalmi in the semi-final and it is something which I cannot explain in words. It is a huge responsibility given to me and the franchise has believed in me. I would like to repeat our 2017 campaign and win the trophy, for which we have the capability.”

“Nerves are always there. That’s something I cannot deny as it is a big pressure game but my boys are my strength and I believe and trust in everyone who is going to play tomorrow. Each and every one of them is a match winner and I am hopeful that they are going to deliver.”

“We bowled very well in the last game against Multan Sultans and I feel we can restrict their batsmen really well.”

“It has been a great tournament and there was a lot of competition. One could never predict which team was going to make it to the top four. I rate the quality of cricket in this edition to be higher than the last four tournaments.”

The biggest inter-city rivalry in the country will come alive once again as Gaddafi Stadium will stage the second semi-final between arch-rivals Karachi Kings and Lahore Qalandars.

The two teams are locked at 1-1 in this edition after defeating each other on their home grounds. Qalandars secured a comprehensive eight-wicket win against Kings at Gaddafi Stadium and Kings avenged it with a commanding 10-wicket win at the National Stadium.

That the semi-final line-up was decided on the very last group match was largely due to Lahore Qalandars, who have progressed beyond the group-stage for the first time after four attempts.

Qalandars finished at the third spot, while Karachi Kings were ranked second at the completion of the group-stage.

It was their three consecutive wins in the middle-phase of their HBL PSL 2020 campaign which gave Qalandars’ the hope of their qualification to the next round and that it happened was due to the thunderous bat of Ben Dunk – who has smashed 23 sixes this tournament, the most for any batsman.

Dunk leads Qalandars’ batsmen with 266 runs at an impressive average of 53. But it is his blazing strike rate of 186 which makes him a nightmare for the opposition bowlers. The Australian batsman has struck two half-centuries – against Quetta Gladiators and Kings (93 and 99 not out) – and that both have come at the Gaddafi Stadium will be a concern for Kings.

What augurs well for Qalandars is the fact that Fakhar Zaman and Sohail Akhtar have picked form at the right time. In his last three matches, Fakhar has scored two half-centuries, both coming at the Gaddafi, while Sohail’s last four scores are 68 not out, 21, 68 and 19 not out.

Samit Patel has played an integral role for Qalandars in keeping the opposition’s batsmen quiet in the Powerplay overs. His four for five against Quetta Gladiators was his best bowling performance in T20 cricket to date and the Qalandars will be hoping for him to repeat the heroics.

Shaheen Afridi continues his impressive run with the ball and is the highest wicket-taker for Qalandars – and second highest overall – with 13 wickets at an average of 19.

Lahore Qalandars captain Sohail Akhtar said: “I am very happy with how the team has performed over the course of this tournament and the whole unit is motivated and ready to perform.

“A semi-final is always a big match, but there is no extra pressure on us because of the fact that we are playing against Karachi Kings. All teams that have progressed this far are quality sides.”

“Though we have chased well, but I believe our strength lies in bowling.”
Kings are bolstered by the presence of Babar Azam at the top of their order. The top-ranked T20I batsman has been in red-hot form with 345 runs at an average touching 50. He has smashed three half-centuries.

The fact that Sharjeel Khan smacked 74 not out against Qalandars and followed it up with another man-of-the-match award winning performance against United late last week will have all the Kings fans excited.

Whether Qalandars’ bowlers will be able to penetrate Kings’ batting lineup will keep fans in both cities anxious and glued to their TV sets right from the first ball.

Kings captain Imad Wasim, however, will rely heavily on Mohammad Amir to provide him early breakthroughs. The left-arm pacer has been the highest wicket-taker for Kings with 10 wickets at an average of 26.

Arshad Iqbal, Kings emerging category pick, has raised his hand when the situation has demanded and over the past three matches his figures have been 2-15, 1-13 and 2-37 – except for the last match, Kings have come out victorious.

Karachi Kings captain Imad Wasim said: “Lahore Qalandars are a very good side and there are no doubts about that. We have plans for them and we just have to execute them. After all, at the end of the day it is just a game of cricket.”

“I am very confident as we have the desired firepower in both bowling and batting departments and we have players who can adapt to all conditions.”
“For me, it is a big moment to be leading Karachi Kings, who are a big franchise, against Lahore Qalandars in the semi-final.”