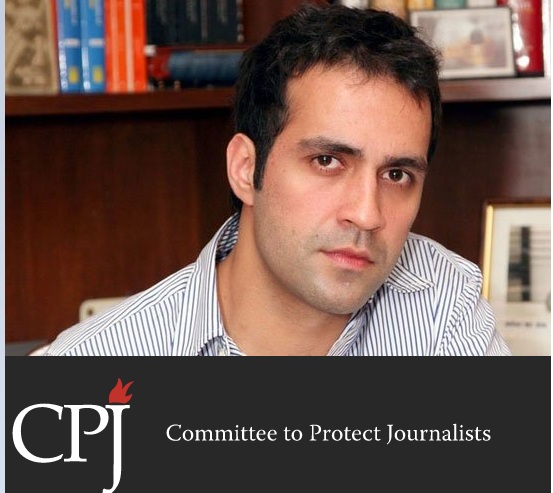 NEW YORK, Nov 08 (APP):The Committee to Protect Journalists (CPJ) has called on India to stop targeting journalist and author Aatish Taseer, a critic of Prime Minister Narendra Modi, after Indian Ministry of Home Affairs said that he was “ineligible” for the Overseas Citizenship of India (OCI) card.

The ministry has revoked the OCI card of New York-based Taseer, saying he concealed information about his father’s Pakistani origin.”The Indian government must cease making threats to revoke the overseas citizenship of journalist Aatish Taseer,” the CPJ said in a press release.

Steven Butler, CPJ’s Asia programme coordinator, said, “Targeting a journalist’s immigration status after the publication of a critical article shows that the Bharatiya Janata Party is intolerant of criticism and freedom of the press, and doesn’t bode well for India’s international reputation.”

He added, “Home Minister Amit Shah should immediately withdraw the directive and any attempts to alter Aatish Taseer’s overseas citizenship.â€

The ministry sent a notice to Taseer, who criticized Prime Minister Modi in his May cover story for Time magazine that described him India’s ‘Divider-in-Chief’, saying it was considering revoking his OCI card.

Ever since the publication of the article ahead of the Lok Sabha elections, Taseer had been under attack from several BJP leaders and supporters.

In a series of tweets after, the Indian Home Ministry Spokesperson, Vasudha Gupta, said that Taseer was “ineligible” for such OCI status because he “concealed the fact that his late father was of Pakistani origin.”

She said Taseer had been given the opportunity to submit his reply or objections regarding his OCI card but he failed to do so.

“Thus, Aatish Ali Taseer becomes ineligible to hold an OCI card as per the Citizenship Act, 1955. He has clearly not complied with very basic requirements and hidden information,” Gupta tweeted.

Responding to the tweets, Taseer posted s screenshot of his reply to the Indian consul general’s notice and the latter’s acknowledgement of it.
Taseer, who has UK citizenship, is the son of senior Indian journalist Tavleen Singh and he grew up in India.

Taseer told CPJ that his mother was his sole legal guardian. He said that, “he does not have Pakistani citizenship, and believes he is being targeted for his criticism of the Modi government, “said the CPJ report.

OCI card-holders are entitled to a multi-purpose, multiple-entry, life-long visa that allows them to visit India at any time, for any length of time and for any purpose. They are exempt from police reporting for any length of stay in the country. They also have all the rights that Non-Resident Indians have in the economic, financial and education fields, as well as the right to acquire agricultural or plantation properties.