This stadium would always be dear to the 22-year-old, Shafique, as it was where he scored his maiden first-class double-century as he smashed 232 – a knock embellished with 28 fours and four sixes – at a remarkable strike rate of 89.

His innings played a crucial role in Central Punjab pocketing maximum batting points (five) for being at 411 with eight wickets down at 100-over-mark, the other day, before they were bowled out for 428 by Sindh on the second day (Wednesday) of what is the opening round of the Quaid-e-Azam Trophy 2022-23.

Abdullah began the day for him to score eleven runs more for the double-century and had the company of all-rounder Aamer Yamin, who scored a 77-ball 70.

The pair went on to add 135 for the seventh wicket partnership.

The fact that Aamer’s 70, was the second best score in the innings, underscores the magnitude of Abdullah’s knock and sheds light on how he anchored the Central Punjab’s innings.

Sindh, in reply, had managed 270 for five by the close of play – after being reduced to 94 for three – thanks to an unbeaten 86-run stand between Fawad Alam (75 not out) and Sarfaraz Ahmed (42 not out).

Twenty-year-old Saim Ayub – whose extraordinary batting at the top of the order helped Sindh to maiden National T20 title this month – showed his class on first-class debut with a solid 71 off 96 (nine fours and a six). 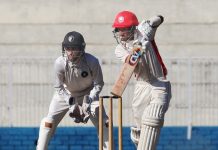 KP down Northern in Quaid-e-Azam Trophy 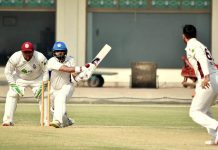 A view of the 3rd day of Cricket Match played between Southern Punjab team and Central Punjab team during Quaid-e-Azam Trophy 2022-23 played at... 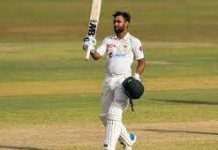 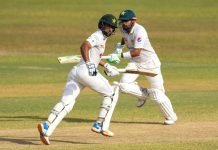 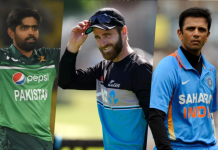 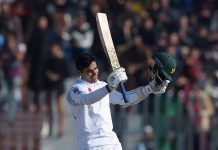 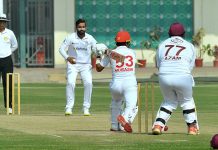 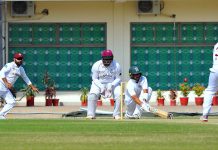 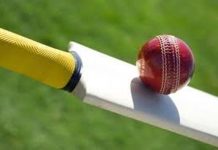 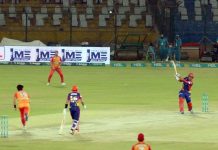