LAHORE, Aug 04 (APP): Punjab Minister for Sports and Youth Affairs Rai Taimoor Khan Bhatti, on Wednesday contacted Pakistan’s javelin thrower Arshad Nadeem through video call and congratulated him for qualifying for final of the men’s javelin event with a throw of 85.16 metres at Tokyo Olympic Games.

Arshad, 24 finished above Germany’s Julian Weber and Czech’s Jakub Vadlejch to win his group and a place in the medal round.

Arshad Nadeem thanked the Punjab Sports Minister for extending every kind of facilities and cooperation for the preparation of Olympic Games. “Punjab Minister for Sports encouraged me at every stage and that’s the reason I managed to cross the first hurdle towards the coveted Olympic medal”, he added.

Rai Taimoor Khan Bhatti said that Arshad truly lived up to the expectations of the nation by keeping Pakistan’s hopes alive for a medal at Tokyo Olympics with a superlative performance.

Punjab Minister for Sports urged the ace athlete to prepare for the final with a great amount of passion and hard work. “The entire nation is praying for the success of Arshad Nadeem in the final of Tokyo Olympic javelin throw event,” he said. 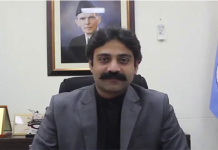 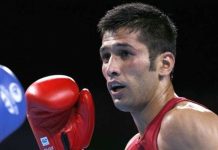 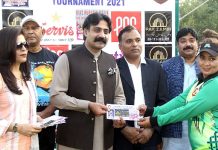 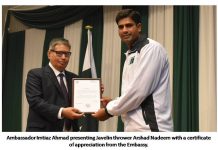 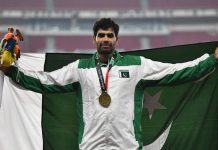 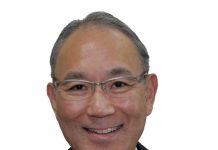 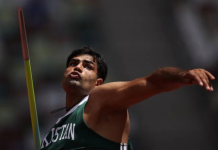