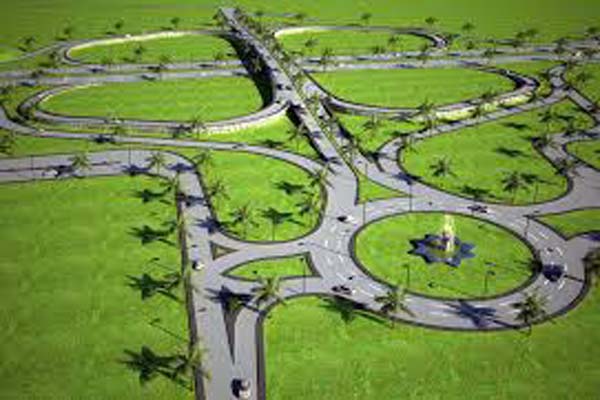 ISLAMABAD, Dec 20 (APP): Abolition of signals at I-8 intersection, together with widening of the road from Zero Point to Faizabad have lessen, to some extent, the traffic woes of hundreds of motorists who otherwise were habitual to face traffic jam at this very junction on regular basis.

Newly carpeted road with two additional lanes and a signal-free ride have not only given mental and physical satisfaction to the motorists but also reduced at least 7 to 10 minute drive of those travel daily between the twin cities through the highway.

Previously, long queues of vehicles were witnessed at I-8 intersection particularly during office and school hours but the situation has now changed dramatically.

Everything is in perfect shape here other than the interchange which is also underway and that too at good pace.

“Comfortable journey before and after office is a blessing and surely we are heading towards that,” said Yasir Waheed, an employee of a private firm at Blue Area.

He said once the whole project would complete hundreds of thousands of people would be benefitted.

People are now anxiously waiting for the start of second phase of the project as it will include three intersections.

“The progress of project till now is up to the mark as the first phase is completed well before the stipulated time, that is, February 2016,” said Capital Development Authority (CDA) spokesman Ramzan Sajid while talking to APP.

He said work on second phase of the project would start in January 2016 whose documentation process was almost completed.

Meanwhile, wok on beautification of the highway has also been started as a large number of beautiful trees and flowers have been planted along both sides of the road.

“Being established with a cost of Rs. 21.814 billion, the Islamabad Signal-free Corridor would be executed in three phases.

In the second phase existing five lanes of 8.5 km road, from Faizabad to Koral Chowk, would be rehabilitated with the addition of grade separated facility while service roads on either side would also be dualized and rehabilitated.

“After the expansion of road from Zero point to Faizabad, now there left three more points where traffic mess is witnessed including Sohan Signal, Khanna Pul and Koral Chowk and once these three points are made signal free a lot of time and energy of motorists will stop wasting,” said Atta ur Rehman, a government employee.

In addition to these, six vehicular underpasses and overpasses would also be constructed at different busy locations.

Where a large number of people have started reaping the fruits of the project, some have reservations on its planning as they consider that the most troublesome part of the road, from Koral Chowk to GT road Rawat, is put in the last phase of the project, which is beyond understanding.

Thousands of people are living in the newly established housing societies at Zone 5 alongside the highway including PWD housing society, Media town, Behria town and others, who travel daily to the central city for one pretext or the other.

“This section does not deserve to be called a highway as its two dilapidated lanes are often choked when a truck breaks down in the middle, causing inconvenience for not only motorists but Ambulances as well which often stuck in the traffic jam,” said Zulfiqar Shah, a resident of Soan Gardens located at the highway.

He requested the authorities concerned to start work on this phase in parallel with phase two in order to facilitate thousands of motorists and commuters.

It is pertinent to mention that expansion of this 12.5 km portion of the road is included in the scope of the project and it would be expanded into four lanes on each side with grade separated facility.