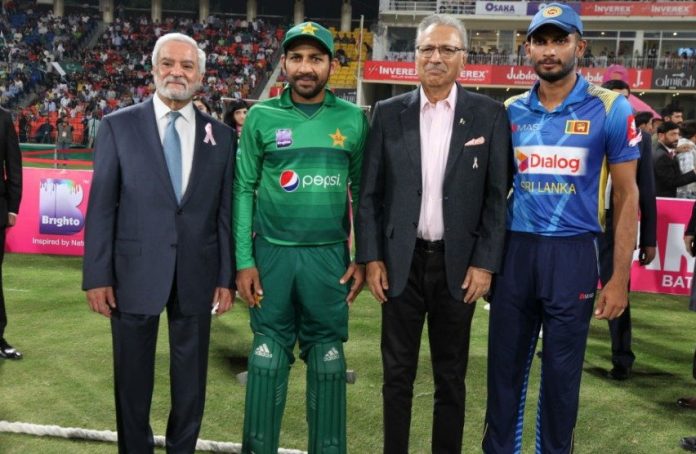 President Arif Alvi, accompanied by the Chairman, Pakistan Cricket Board Ehsan Mani went to the ground and met both the captains and pinned them with pink ribbons at a ceremony as PCB joined hands with Pink Ribbon to create awareness about breast cancer among the people of the country.

Dr Arif Aliv also appreciated the efforts of PCB for being part of the campaign for creating awareness about breast cancer.

All the players and officials of the both the sides were wearing pink ribbons. It was first time in Pakistan Cricket history that famous Gadaffi stadium turned pink as PCB encouraged the spectators attending the match to wear pink by distributing 12000 pink ribbons and 750 shirts among them. Besides many of the them wearing were pink colour to support the cause of awareness about breast cancer.

The stumps for the last T2oI of the ongoing series have been branded in pink. All sponsors of the series changed their branding colours in the ground to pink.