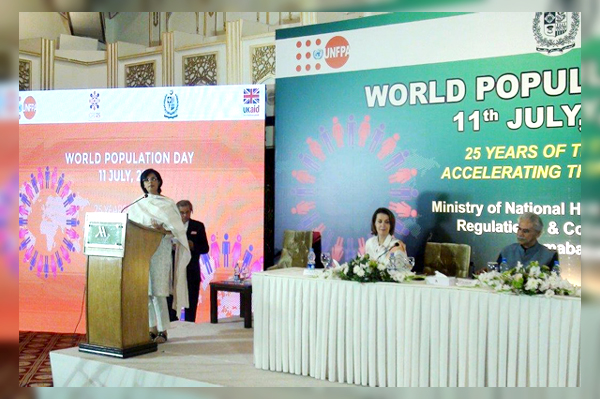 ISLAMABAD, Jul 12 (APP):Special Assistant to the Prime Minister on Social Protection and Poverty Alleviation Dr. Sania Nishtar has stated that the Population day seeks to focus attention on the urgency and importance of population issues in Pakistan with 3-4 million people being added to the population every year

She expressed these words while speaking on the occasion of the ‘World Population Day’ celebrated here on Thursday with the support of United Nations Population Fund (UNFPA).