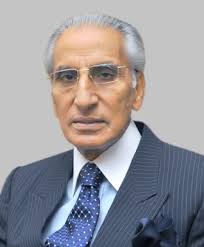 WASHINGTON, April 3 (APP): Pakistan is strongly committed to the objective of nuclear security and its active engagement with the international efforts has been acknowledged and appreciated by US President Barack Obama, Minister of State Syed Tariq Fatemi said in an exclusive interview on Saturday. Talking to APP at the end of three-day Nuclear Security Summit, Fatemi said that on the floor and during the meetings, President Obama in his remarks acknowledged the fact that several countries, including Pakistan, have ratified the 2005 Amendment to the Convention on the Physical Protection of Nuclear Material (CPPNM). “Ratification of CPPNM by Pakistan has been seen as a step forward  towards the operationalization of the Convention and to strengthen the security of NuclearMaterial worldwide.