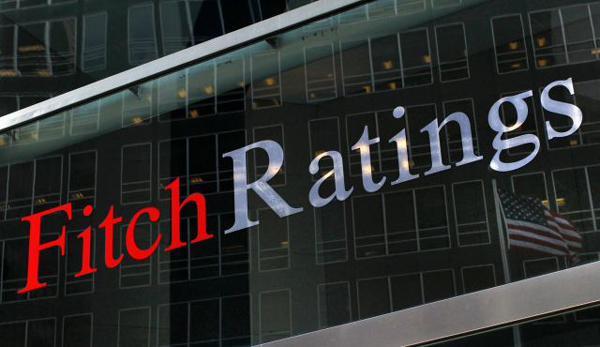 ISLAMABAD, Jan 14 (APP):Fitch rating agency has forecast that Pakistan’s general government debt (including guarantees and International Monetary Fund borrowing) will fall to about 80 percent by end of next fiscal year due to faster nominal GDP growth and fiscal consolidation.

“The government has taken steps to manage domestic debt rollover risks following the cessation of borrowing from the State Bank of Pakistan (SBP) under the Extended Fund Facility (EFF) of the IMF,” the New York based rating agency said.

It said in particular, the government had reprofiled its SBP debt stock into longer-tenor instruments and had sought to lengthen maturities by issuing longer-term domestic bonds.

Meanwhile, the IMF in its recent report has also said that Pakistan’s debt to GDP ration has started declining for the first time since 2015 and forecast that after peaking in FY 2019, general government debt is expected to decline further in coming months.

Gross public and publicly guaranteed debt rose to 88 percent of GDP in FY 2019 because of the fiscal slippages, exchange rate depreciation, and our decision to increase the government’s cash buffers to provide a financing cushion against potentially unfavorable market conditions, IMF stated.

It added, “this year we expect a decline in the general government debt-to-GDP ratio to 84 percent (including guarantees and IMF borrowing), the first decline since 2015”.

It said that this included the planned issuance of an additional Rs 200 billion in government guarantees over FY 2020 as part of our comprehensive strategy to tackle circular debt in the power sector.

The IMF added that the general government debt (including guarantees and IMF borrowing) during the first quarter of current fiscal year, showed significant decline as it fell to 84.7 percent of GDP.

Fitch rating which has affirmed Pakistan’s long term currency issuer default rating at B negative with a stable outlook, said that external vulnerabilities had been reduced over the past year as a result of policy actions by the authorities and financing unlocked through an IMF programme resulting in narrowing down the current account deficit and supporting a modest rebuilding of reserves.

Fitch also forecast a further narrowing of the current account deficit to 2.1 percent of GDP in the year ending June 2020 (FY20) and 1.9 percent in FY21, from 4.9 percent in the last fiscal year.

Fitch stated that the SBP adoption of a more flexible exchange rate last May and capital inflows were also supporting a rebuilding of foreign-exchange reserves.

The government is consolidating public finances, but Fitch believes progress will be challenging due to the relatively high reliance on revenues to achieve the planned adjustment.

Fitch believes the revenue target in the FY20 budget is ambitious. Nevertheless, the government’s efforts to broaden the tax base through its tax-filer documentation drive and removal of GST exemptions will contribute to stronger revenue growth in the current fiscal year.

The passage of the Public Financial Management Act should improve fiscal discipline by limiting the use of supplementary budgets. The government has also taken steps to improve federal-provincial level fiscal coordination through its Fiscal Coordination Council, as the provinces play a key role in the fiscal structure.

Fitch forecast the fiscal deficit to decline to 7.9 percent of GDP in FY20, based on a reversal of the previous year’s one-off factors and revenue-enhancing measures.

“This is slightly higher than the government’s expectations of 7.5 percent due to our more conservative revenue projections. We expect expenditure to rise, particularly as interest-servicing costs increase sharply on the back of higher interest rates. We project interest payments/general government revenues of 45 percent in FY20, well above the historic peer median of 8.6 percent,” Fitch added.