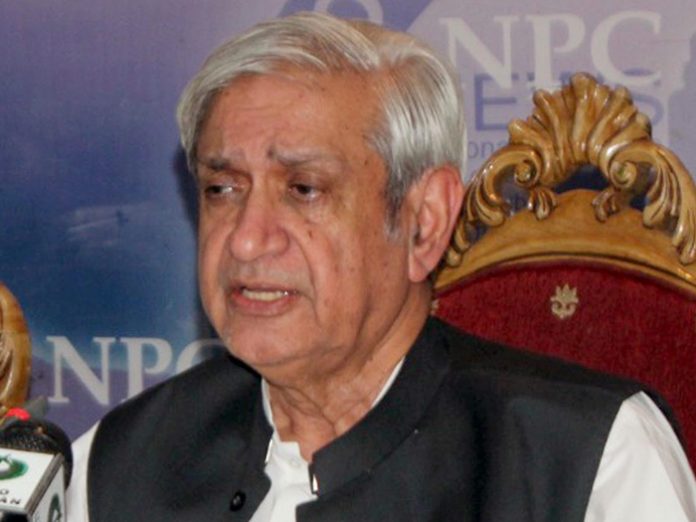 ISLAMABAD, Jan 14 (APP):Chairman Kashmir Committee Syed Fakhar Imam Tuesday said Pakistan is a peaceful country and its people would continue to play its due role for bringing peace and stability in the region.

Talking to PTV , the Chairman said there is clarity in Pakistan’s stance that they could not afford to become part of any war and this is an era of economic development so war is not the appropriate solution of any dispute.

While criticizing Indian government, he said Pakistan had always desired peace and never opted for war but war might be an option for Modi government for his personal or political gains.

Modi’s citizenship act is a pre-planned agenda of RSS to target Muslims and minorities living in India, he added.

Modi regime remained fail to deceive the world community regarding worst human rights violation in Indian occupied Kashmir, he said adding, it is diplomatic victory of Pakistan that the world powers have started taking notice of Indian brutalities in the held valley.

Pakistan did not want any kind of disturbance in the region, adding, “we have introduced several changes to the foreign policy, which is producing fruitful results”.

It is high time for the international community to acknowledge Pakistan’s efforts for global peace, he said.

Modi’s extreme polices expose BJP’s narrow-mindedness and Muslim hatred, he said adding, there are sane voices within India who realize that Modi is damaging the secular face of India and targeting minorities.

The economy of India is declining, industry is closing which is causing high rate of unemployment, he mentioned.

Pakistan made the world to realize that that Kashmiris in their struggle for freedom are not alone but Pakistan’s diplomatic, moral and political support is with them.

It is high time for the international community to resolve Kashmir issue for the peaceful existence of coming generations, he demanded.

“I appreciate the brave people of Kashmir who have been rendering matchless sacrifices for their legit right of self-determination for last seven decades”, he added.

Indian cruel face has already been exposed in front of the world, he said.

The Indian government has entered in close-street after passing discriminatory bill that is specifically targeting the Muslims, he added.

Despite using force and weapons, Indian troops have failed to suppress indigenous freedom movement and silent the voice of Kashmiri people, he highlighted.