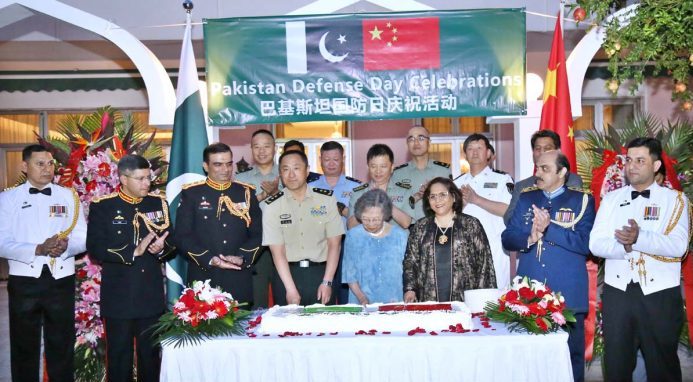 BEIJING, Sep 21 (APP):The Defence Day of Pakistan was celebrated in the Pakistan Embassy in Beijing, China to pay homage to martyrs of the 1965 war as well as to those brave souls who rendered ultimate sacrifice in the defensc of Pakistan.

The ceremony began as national anthems of Pakistan and China were played which was followed by a cake cutting ceremony.