ISLAMABAD, Dec 19 (APP):The women parliamentarians on Sunday expressed the confidence over the Organization of Islamic Cooperation (OIC) saying the ongoing 17th extraordinary session of the Council of Foreign Ministers would yield positive results and ensure proper humanitarian and relief assistance to the people of landlocked neighbouring country.

After attending the inaugural session of the moot attended by the Foreign Ministers of members, delegates, international observers and media, the women members of the National Assembly showed their optimism that hosting such an important gathering of OIC after over 40 years was an honour for the country.

“The statements and stance given at the special session showed that there would be a road map by evening for averting serious looming humanitarian crisis in Afghanistan,” said Parliamentary Secretary for Law and Justice Barrister Maleeka Bokhari while talking to media.

She said the way Pakistan was taking steps for people of Afghanistan sent a message to the Afghan brethren that Pakistani nation stood by them in this hour of need.

Bokhari said it was collective responsibility of the all to rebuild war affected country.

Parliamentary Secretary for Planning, Development and Special Initiatives Kanwal Shauzab said that after attending the inaugural session she felt that there has been a consensus among the Muslim Ummah over carrying out immediate relief activities in Afghanistan.

She reiterated Prime Minister’s call to the world of delinking the current regime in Afghanistan with its population which was facing extreme hunger, harsh cold weather and economic crisis.

Minister of State for Climate Change Zartaj Gul said that Prime Minister Imran Khan was the true leader of Muslim Ummah as he has been presenting the case of Afghan people in befitting way.

Currently, Pakistan is the only regional country which has been providing humanitarian assistance to the people of Afghanistan, she added.

She said unstable Afghanistan would have serious impact not only on the region but on the entire world.

Parliamentary Secretary for Commerce Alya Hamza Malik said, “Today, every Pakistani is feeling proud of Prime Minister Imran Khan who has perfectly highlighted the problems of Afghan people at the special conference.”

She said the world should respond to Prime Minister Imran Khan’s call for unfreezing bank accounts of Afghan government at the earliest.

Alya Malik said Prime Minister Imran Khan was the leader of the entire Muslim Ummah as he did not only raised issues of Afghanistan’s people rather also mentioned Kashmir and Palestine Issues. 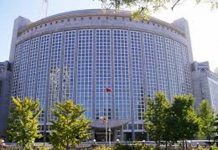 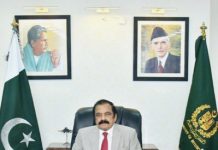 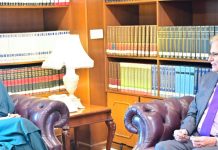