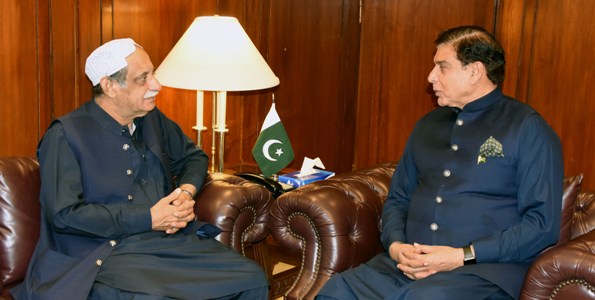 Overall political and economic situation in the country and issues of mutual interests were discussed.

Speaker National Assembly Raja Pervez Ashraf said that close links between the federation and all the provinces were necessary to resolve the challenges faced by the country.

The NA speaker further said that the development of Balochistan iwas one of the top priorities of the incumbent government.

He said that national unity and solidarity was essential for tackling the challenges in the country.