In an interview with APP here on Sunday, he said the opposition parties would be exposed if the bill was rejected in the Parliament, adding that the opposition always made hollow slogans in the past about the creation of a separate province.

“And when the PTI government took practical steps to meet a long-standing demand of the area people, political parties like the PML-N started throwing a spanner in the works by claiming that Multan and Bahawalpur should be made provinces,” he added.

About overseas Pakistanis, the governor said that unfortunately the government had not succeeded in enforcing true justice system during the first years of its rule, adding that police, courts and other departments had failed to provide justice in many cases.

Mohammad Sarwar, to a query, said the country owed a great deal to the patriotic Pakistanis who, in July 2020 only, sent 2.5 billion dollars in foreign exchange.
“Problems faced by the expatriate are being solved on preferential basis today and the PTI government, under Prime Minister Imran Khan, would continue to achieve the cherished ideal in the coming years,” he asserted.

Governor Chaudhry Mohammad Sarwar, who has vast political experience as a member of the British Parliament and who relinquished his British citizenship in July 2013, underlined the need to engage the international community in order to defeat Indian propaganda against Pakistan on Kashmir, FATF, GSP plus status and other issues.

To a query, he said his international relations had helped him win Pakistan GSP Plus status in 2013 while his diplomatic and political acquaintances would win the case for Pakistan on the FATF forum as well and Pakistan would be cleared from the grey list.

“Pakistani diaspora in the United States (US) like their compatriots in the UK, should take active part in politics as a few members in the Congress and Senate could make a case for their community and the country of their birth,” he responded.

Eulogising the services of Pakistani-British politicians, he said it was his political identity in the UK which helped him win aid of up to $500 million for Pakistan which was mere $20 million when he started politics.

“International relationships matter a lot in today’s world and our politicians need to foster good relations with foreign colleagues as these help the country depict its liberal image, and raise the Kashmir issue in a better way,” he added.

On Kashmir and exposing India’s extremist agenda, he said Kashmiris were victims of worst state terrorism and that was where the role of international community should start as a moral responsibility, adding that he held webinars during the lockdown to keep the world abreast of the situation.

“We must reach out to the international community and make them understand that India stands in violation of international commitments and statutes by not holding the plebiscite – a solemn pledge made at the floor of the United Nations (UN),” he stressed.

Regarding relations with political allies, the governor said the political allies in the provinces and the Centre were on the same page on all political and economic issues, adding that grievances were always there among members of a family and those were resolved amicably.

On government’s efforts to raise status of minorities, he said Pakistan protected the minority rights of the Sikhs despite being on the verge of a war with India, adding that Kartarpur Corridor was a vivid proof government preference to the cause of minorities. He said various welfare projects had been initiated by the government to see the minorities flourish in Punjab.

“I claim, in the light of my 37-year experience as a parliamentarian, that work undertaken on inter-faith harmony in Pakistan is unparalleled in the near history of the world,” he responded. 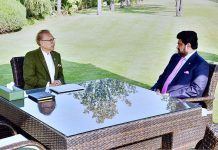 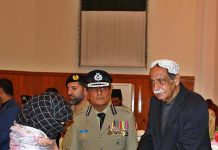 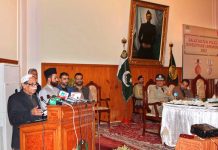 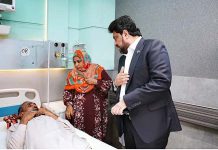 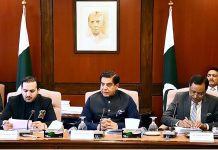 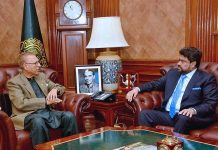 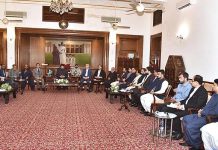 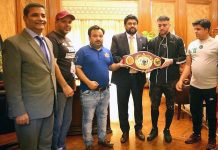 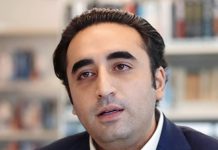 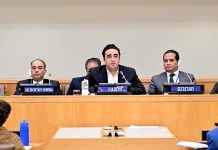 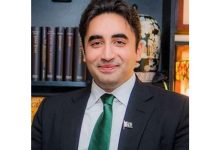 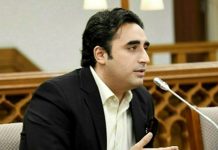