ISLAMABAD, Jul 22 (APP): Chairman Senate Muhammad Sadiq Sanjrani here on Friday stressed upon the need for joint efforts to stepping up collective efforts to counter the scourge of Islamophobia.

“All Islamic countries must unite against the scourge of Islamophobia and raise their voice at every forum,” he said while talking to the newly appointed Ambassador of Turkiye to Pakistan Prof. Dr. Mehmet Pacaci who made a courtesy call to him, said a news release.

Chairman Senate congratulated Mehmet Pacaci on his appointment as ambassador to Pakistan and expressed hope that his appointment will further promote and take bilateral relations to new heights.

“The exceptional relations between the people of two countries – embedded in common religious, cultural, and spiritual heritage – go back centuries and have withstood the test of times”, Sanjrani remarked.

He expressed hope that bilateral cooperation in the fields of trade and investment will be further strengthened.

Sadiq Sanjrani expressed his gratitude for Turkiye’s continuous and unflinching support to Pakistan on the Jammu and Kashmir dispute.

The meeting also called for increased cooperation between Pakistan and Turkiye in the fields of trade, culture, and defence.

Both the dignitaries reiterated their resolve to further enrich bilateral relations and support each other at various regional and international forums.

Turkiye Envoy, Mehmet Pacaci maintained that Pakistan is an important country in the region and expressed his desire to play an active role in broadening bilateral relations with Pakistan. He also appreciated Pakistan’s role in regional stability.

Mehmet Pacaci affirmed his commitment to intensifying diplomatic cooperation with Pakistan at all levels.

Sanjrani hoped that Institutional cooperation between the two countries will help benefit from each other’s experiences.

“With the strong resolve of the political leadership on both sides, the historic, multi-faceted strategic relationship between the two countries will continue to grow from strength to strength”, he maintained.

The Chairman Senate stressed that speeding up the exchange of delegations through parliamentary diplomacy is the need of the hour. 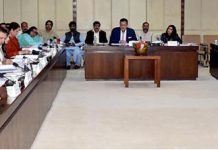 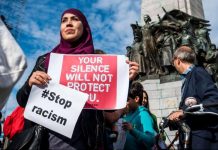 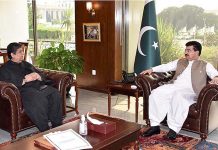 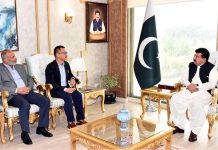 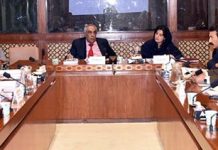 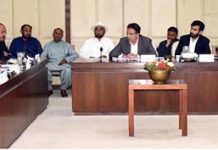 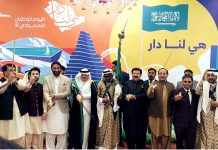 Chairman Senate Muhammad Sadiq Sanjrani and Senators in a group photo at the ceremony organized by Saudi Embassy to mark the national day of... 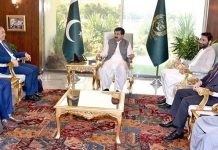 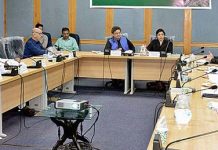 Senator Faisal Javed, Chairman Senate Standing Committee on Information and Broadcasting presiding over a meeting of the committee at Parliament Lodges 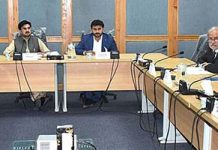 Senator Sardar Muhammad Shafiq Tareen, Chairman Senate Standing Committee on Science and Technology presiding over a meeting of the committee at Parliament Lodges