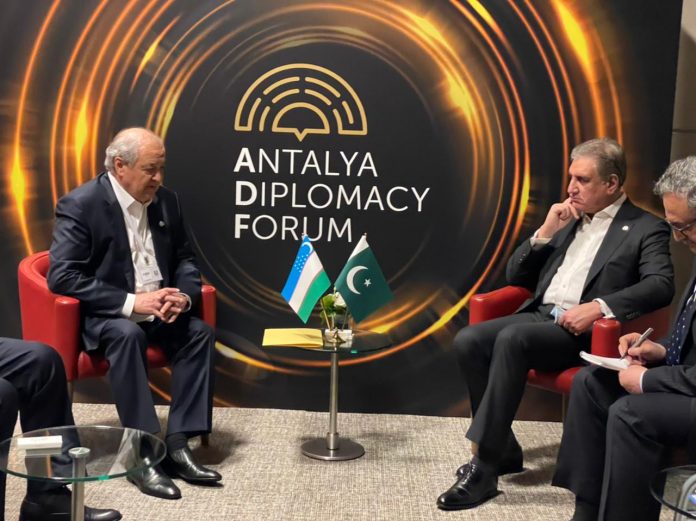 During a bilateral meeting on the sidelines of Antalya Diplomacy Forum, in Turkey, the two Foreign Ministers held fruitful discussions and exchanged views on various bilateral issues of mutual interest including the increased high-level engagements between both sides.

The virtual Summit between Prime Minister Imran Khan and President of Uzbekistan Shavkat Mirziyoyev held on 14 April 2021 was also appreciated as it provided an excellent opportunity to review bilateral ties.

Foreign Minister Qureshi highlighted that peace and stability in Afghanistan was essential to reap the dividends of Pakistan’s emphasis on geo-economics.

He briefed on Pakistan’s vital contributions to the Afghan peace process and stressed that the conflict could only be settled through an Afghan-led and Afghan-owned political process.

Both sides agreed that all Afghan parties needed to seize the historic opportunity presented by the current peace process.